Chaundrah Jones, a mother of two from Clifton Heights, was shot and killed early Wednesday morning after leaving a nightclub with a friend. Two other women, ages 32 and 26, were taken to the hospital in critical condition.

PHILADELPHIA - A 24-year-old Delaware County woman is dead and two other women are injured after police say shooters pulled up next to a vehicle and unleashed a hail of gunfire early Wednesday morning in Strawberry Mansion.

Chaundrah Jones, a mother of two from Clifton Heights, was taken to Penn Presbyterian Hospital after by police after she was shot in the back and wrist inside a car on the 2200 block of North 33rd Street, according to police.

Two other victims, ages 26 and 32, were shot multiple times and taken to the hospital in critical condition.

"We believe another car pulled along side the women," said Deputy Commissioner Ben Nash. "A couple of shooters, based on forensic evidence, targeted the vehicle where the 2 women were shot in one car, and a second car where a 3rd woman was shot."

Investigators believe the the shooters may have followed the women after they left a nearby nightclub and fired off over two dozen shots when the women pulled over on North 33rd Street. 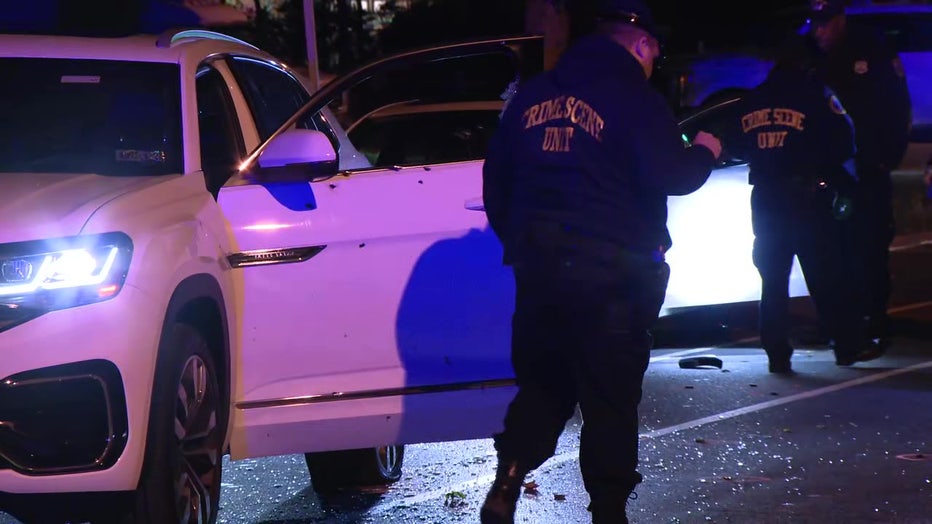 A former student said she met the Jones when she worked as a counselor for troubled kids.  She told Fox 29’s Jeff Cole the woman was a "one of my mentors while I was there."

"This happens from a lack of policing there needs to be visible policing working with the community, providing the safety that these folks need," Philadelphia City Councilmember David Oh said. "They’re trapped in their house."

With more than 400 homicides on the year, Philadelphia law enforcement says they're taking a record number of guns off the street to combat the bloodshed.