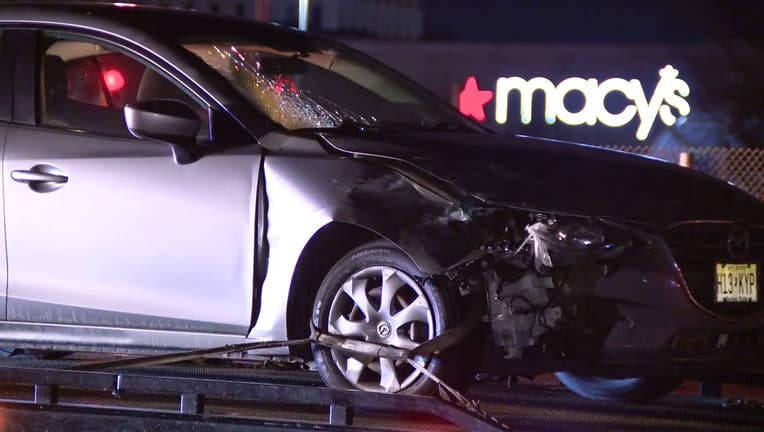 The pedestrian was klled after being struck by a driver in Camden County.

CHERRY HILL, N.J. - A woman was struck and killed by a driver on a busy Camden County road late Sunday night.

The incident occurred around 10:30 p.m. in front of the Cherry Hill Mall on Route 38.

The victim, who has yet to be identified, is the fourth pedestrian fatally struck on Rt. 38 within the last seven months, FOX 29's Steve Keeley reported.

Police said the striking driver remained on the scene.

The eastbound lane was temporarily closed following the incident.