Firefighters were responding to a fire in an Olney alleyway Thursday morning when police say they discovered the burning body of a woman who was believed to have been between the ages of 20 and 40.

PHILADELPHIA - Philadelphia police are investigating a gruesome discovery after a woman's body was found burning in Olney Thursday morning.

The discovery was made in an alley on the 5200 block of North Marshall Street, near Thurgood Marshall Elementary School and a playground.

Firefighters responded to the scene around 6 a.m. for a report of a fire in the back alleyway and quickly discovered that it was a human body that was burning.

Police say the woman was between the ages of 20 and 40. 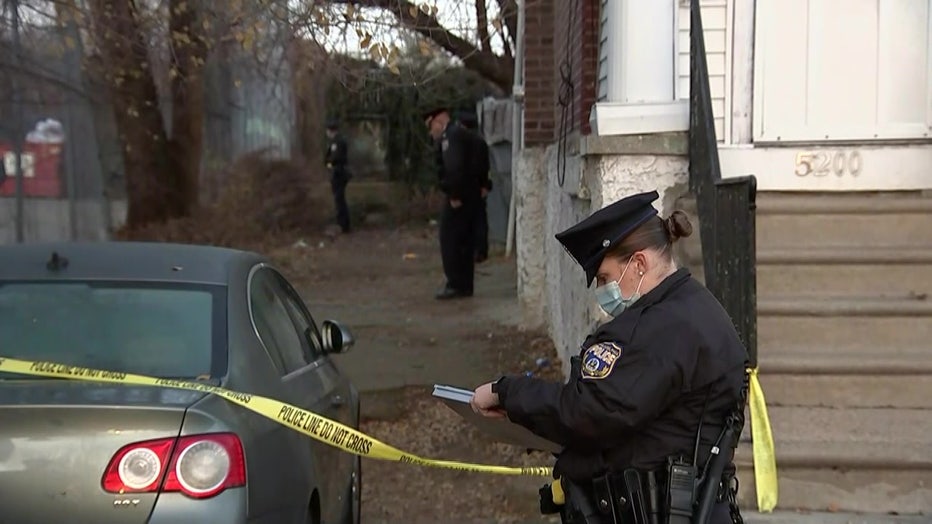 Firefighters responded to a call for a fire in a back alley of North Marshall Street around 6 a.m. Thursday.

Investigators tell FOX 29 they found a trail of blood leading to where the body was discovered. Police are investigating the incident as a criminal act.

A neighbor who lives nearby said she heard two men arguing and threatening the woman the night before the gruesome discovery.

"There was an argument at first, and what was said wasn't appreciated by one of them because he felt like he was being disrespected and he said ‘this ain’t over'," the neighbor said.

Police on scene say they have not yet discovered any evidence of accelerant being used in the fire, but suspect that they may have been used due to the size of the fire.

The investigation is ongoing and police are hoping to find surveillance video from the area to assist in their investigation.