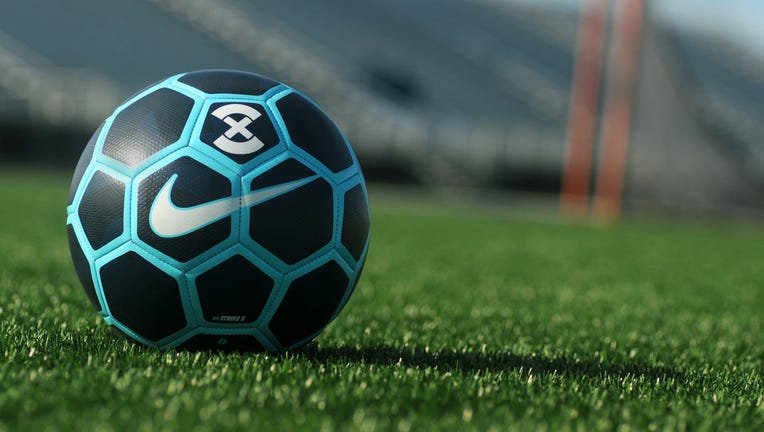 The trio gathered Saturday night for a forum sponsored by LUNA bar and moderated by Catt Sadler, who quit E! in December 2017 after she learned her male co-host earned twice the pay.

Williams praised women athletes who had joined the push for better pay and conditions.

"Not everyone wants to get on the train," she said. "So if they don't want to go to glory and go to the top of the mountain, they can stay at the base camp."

Players on the U.S soccer team sued the U.S. Soccer Federation in March, charging institutionalized gender discrimination. The USSF countered that pay and benefits for members of the men's and women's teams, bargained by separate unions, can't be compared and said there was no basis for allegations of illegal conduct.

LUNA Bar announced on Equal Pay Day on April 2 that it was giving each of the 23 women on the U.S. roster $31,250. That amount is how much more the U.S. men receive from the federation for making a World Cup roster.

Foudy, a 48-year-old former midfielder who won two World Cups and two Olympics, recited poor conditions for her and teammates in the 1990s, recalling "you're staying in roach motels and you're driving the hotel shuttle bus to games."

"We actually won a World Cup in 1991, yet at that time, there was no marketing, there was no support for the team, we were getting $10 a day," she said.

FIFA doubled prize money for the women to $30 million this year from the amount four years ago, and the amount for the winning team is $4 million. That remains a fraction of the money awarded at last year's men's World Cup, where France received $38 million from a $400 million pool. FIFA has raised the men's pool to $440 million for 2022.

Sadler, 44, had worked for E! for a dozen years when she learned co-host Jason Kennedy earned what she said was double her pay.

"Initially I was pretty ticked off about that, rather infuriated, a little embarrassed," she said.

She said she quit when management refused to remedy the situation.

Williams, a five-time Wimbledon and two-time U.S. open champion, got involved in the women's player council 20 years ago, when she was 18. While the U.S. Open reached pay equality in 1973 after Billie Jean King threatened a boycott, the Australian Open didn't follow until 2001, the French Open in 2006 and Wimbledon in 2007.

Knight, a 29-year-old ice hockey forward, won an Olympic gold medal last year after silvers in 2010 and '14. She was among 200 women who announced in May they will not play professional hockey in North America this year in an attempt to establish a single, economically viable professional league.

"Enough is enough. I'm done with being grateful," she said. "We didn't have the equitable support that we need."

She praised the women's soccer team as trailblazers and said hockey players were 20 years behind. Knight revealed a conversation she had with retired soccer goalkeeper Briana Scurry.

"It's sort of like planting seeds. And on one side there's been a lot of seed planting, a lot of watering and a lot of growth, and that's the men's side," Knight said. "And on the women's side, unfortunately there haven't been as many seeds planted and right now we're trying to open those doors and get those seeds planted, so we can have that growth. We just need the opportunity to do so."

After the U.S. women's soccer team opened the tournament with a 13-0 win over Thailand this week, U.S. President Donald Trump sidestepped a question about whether the women should get equal player.

"We'll talk about that later," he said.

While Foudy said, "Yes, I'm troubled" by Trump's decision not to address the matter, Williams said she had been "under a rock" getting ready for Wimbledon and had not heard the comment.

Watch the 2019 FIFA Women’s World Cup on FOX from June 7 through July 7. #AllEyesOnUs