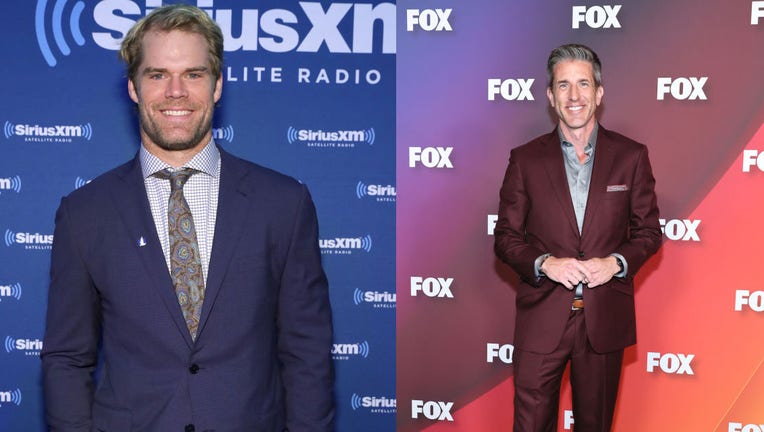 WASHINGTON - FOX Sports has unveiled its new broadcast team for the 2022-23 NFL season and Super Bowl LVII.  Former NFL tight end and three-time Pro Bowler Greg Olsen will join renowned play-by-play announcer Kevin Burkhardt in the booth to call the top matchups this fall, according to a release from the network Tuesday.

Olsen and Burkhardt are replacing FOX’s long-time broadcasting crew of Troy Aikman and Joe Buck after both departed to join ESPN earlier this year.

Olsen joined FOX Sports last year as the network’s No. 2 NFL game analyst where he worked beside Burkhardt. The duo has been lauded for their work and chemistry, which is in part linked to their relationship established 20 years ago. Burkhardt covered a few of Olsen’s games when he played football at Wayne Hills High School in New Jersey.

The tandem will also call Super Bowl LVII in 2023, the first time both will handle play-by-play for the championship game. But both broadcasters are no strangers to covering the big game. Burkhardt has called three Super Bowl world feeds and Olsen served as an NFL studio analyst for FOX Sports coverage of Super Bowl LIV in Miami, according to FOX Sports.

Next year’s Super Bowl marks the 10th title game that will air on FOX.

During the season, Olsen and Burkhardt will be joined by award-winning reporters Erin Andrews and Tom Rinaldi, and rules expert Mike Pereira for game coverage.

Andrews returns for her 12th season on the sidelines for FOX Sports and brings a wealth of experience having covered three Super Bowls and 10 NFC Championship games.  Rinaldi is back for his second year as a sideline reporter after joining the network in 2021.

"We’re thrilled to have this team steward our industry leading and award-winning coverage as we embark on our 29th NFL season, highlighted by our 10th Super Bowl," said Brad Zager, FOX Sports president of production/operations and executive producer, said in a statement.  "Last season, Kevin and Greg showed viewers their undeniable chemistry and ability to call football at an elite level. We can’t wait for fans to see what they’re going to bring to AMERICA’S GAME OF THE WEEK, the NFL Playoffs and Super Bowl LVII."

FOX Sports plans to announce their complete broadcast lineup for the upcoming NFL season at a later date.