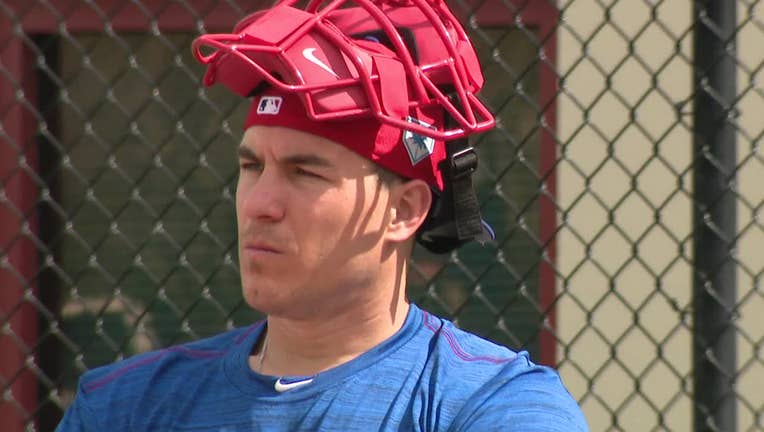 WASHINGTON - Philadelphia Phillies catcher J.T. Realmuto will miss the remainder of the season with a right knee injury.

Manager Gabe Kapler said Wednesday that Realmuto has returned to Philadelphia and will undergo a "meniscus cleanup" on Friday.

"There's no long-term concerns about this for J.T.," Kapler said.

Realmuto hit .285 with 25 homers and 83 RBIs in his first season with the Phillies, who were eliminated from wild card contention Tuesday. He started 130 games at catcher and made his second All-Star Game appearance this year.

Realmuto said Monday he suffered the injury while running out a double play grounder in the fifth inning of Sunday's loss at Cleveland. He said he didn't feel anything while running but experienced discomfort while catching.