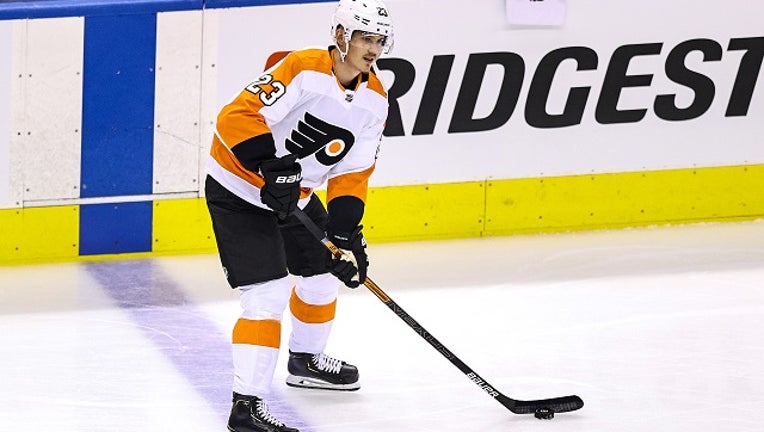 Oskar Lindblom #23 of the Philadelphia Flyers skates in warm-ups prior to Game Six of the Eastern Conference Second Round against the New York Islanders during the 2020 NHL Stanley Cup Playoffs at Scotiabank Arena on September 03, 2020 in Toronto, On

PHILADELPHIA - Oskar Lindblom returned to the Flyers' lineup for Game 6 of the Stanley Cup playoffs against the New York Islanders after battling a rare bone cancer.

A native of Gavle, Sweden, Lindblom was off to a career season when he diagnosed in December with Ewing’s sarcoma, a tumor that grows in the bones or in the tissue around bones. He completed radiation treatments July 2 and weeks later signed a $9 million, three-year contract extension.

Lindblom got to ring the bell on July 2 at Abramson Cancer Center at Pennsylvania Hospital, which signified that he had completed his radiation treatments. Lindblom, his girlfriend and the nurses, all in masks, posed for photos and he presented the staff with his autographed No. 23 jersey. The Flyers wore #OskarStrong shirts under their jerseys this season and fans brought signs of support to games at the Wells Fargo Center.