WASHINGTON (AP) - New England Patriots coach Bill Belichick said on Monday night that he will not receive the Presidential Medal of Freedom, saying "remaining true to the people, team and country I love outweigh the benefits of any individual award."

In a one-paragraph statement, the six-time Super Bowl winning coach did not say explicitly that he had turned down the offer from President Donald Trump, instead explaining "the decision has been made not to move forward with the award" in the wake of last week's deadly siege on the U.S. Capitol.

"Recently, I was offered the opportunity to receive the Presidential Medal of Freedom, which I was flattered by out of respect for what the honor represents and admiration for prior recipients," the coach said in a statement, which was forwarded to The Associated Press by the team.

"Subsequently, the tragic events of last week occurred and the decision has been made not to move forward with the award. Above all, I am an American citizen with great reverence for our nation’s values, freedom and democracy. I know I also represent my family and the New England Patriots team." 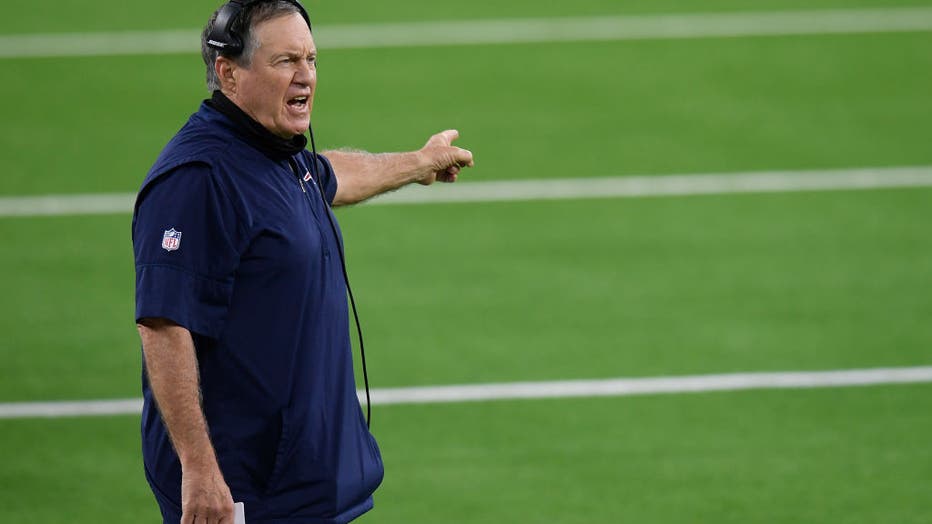 Head coach Bill Belichick of the New England Patriots complains to officials during a 24-3 Los Angeles Rams win at SoFi Stadium on December 10, 2020 in Inglewood, California.

Although he describes himself as apolitical, Belichick wrote Trump a letter during the 2016 presidential campaign that the candidate read aloud at a rally in the days before the election. Belichick has said the two are friends.

Trump announced on Saturday that he would be awarding Belichick the nation’s highest civilian honor this week as part of a late flurry of presentations that also included three golfers: Annika Sorenstam, Gary Player and the late Babe Zaharias.

Sorenstam and Player accepted their awards in a private ceremony the day after the Capitol riot.