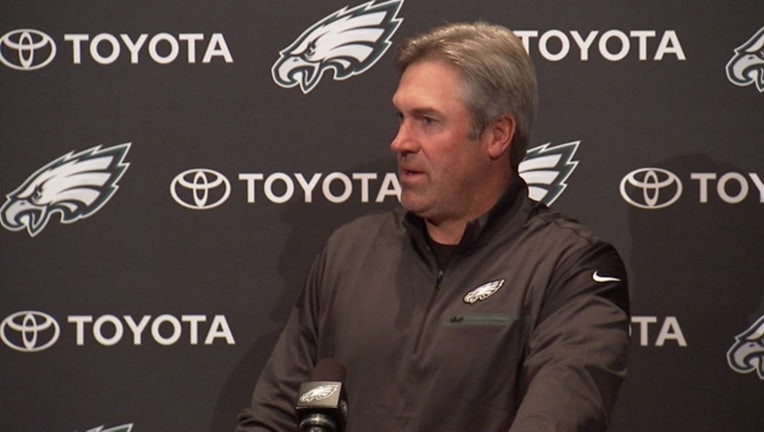 PHILADELPHIA - Philadelphia Eagles coach Doug Pederson says it was a “selfish act” for linebacker Kamu Grugier-Hill to hide concussion symptoms from the team's medical staff during a game at Miami on Dec. 1.

Grugier-Hill said Thursday that he told doctors he hurt his shoulder on the first play of the game even though he knew he injured his head. He finished the game but missed the next one. Grugier-Hill has since been cleared from concussion protocol and expects to play Sunday at Washington.

"We know how important head and neck injuries are to our league and to just the person, the player himself and the well-being of the player," Pederson said Friday. "So from that standpoint, to have this come back like this and for him to admit what he has said and done, it's very disappointing for me as a head coach, after putting our players through meetings and instructing our players."

Pederson said he hasn't decided whether Grugier-Hill will face disciplinary action and plans to discuss the matter with personnel boss Howie Roseman.

"Our game has changed since I played and maybe then you could (hide symptoms)," said Pederson, who was a backup quarterback from 1993-2004. "But now, there's too many things in place, too many protocols, too many standards that we as coaches and as players, we're trying to protect our game and the well-being of every player. In a sense, it's a little bit of a selfish act to take it upon yourself and make that decision."