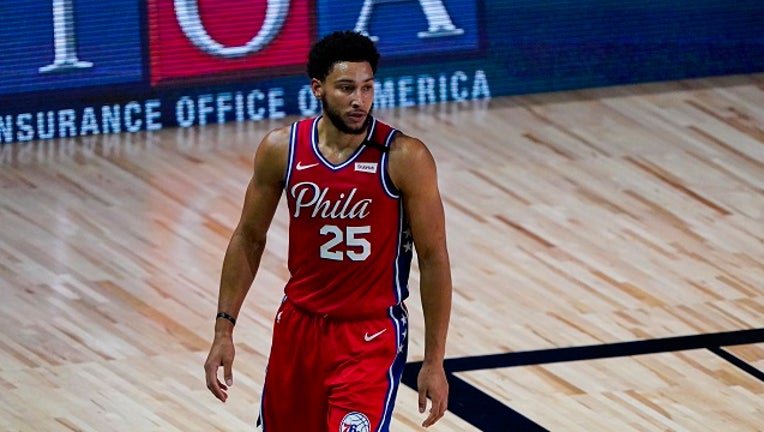 LAKE BUENA VISTA, Fla. - ESPN's Adrian Wojnarowski reports that Philadelphia 76ers forward Ben Simmons had his left knee surgery to remove a loose body on Monday in Philadelphia and will remain there for rehab. It's likely he will miss the rest of the season, according to the report.

The Sixers All-Star forward sustained the injury during last Wednesday's 107-98 win against the Washington Wizards. Simmons grabbed an offensive board and landed awkwardly on his left knee during the third quarter. He left the game immediately after the play, and was seen leaving the arena during the fourth quarter in street clothes.