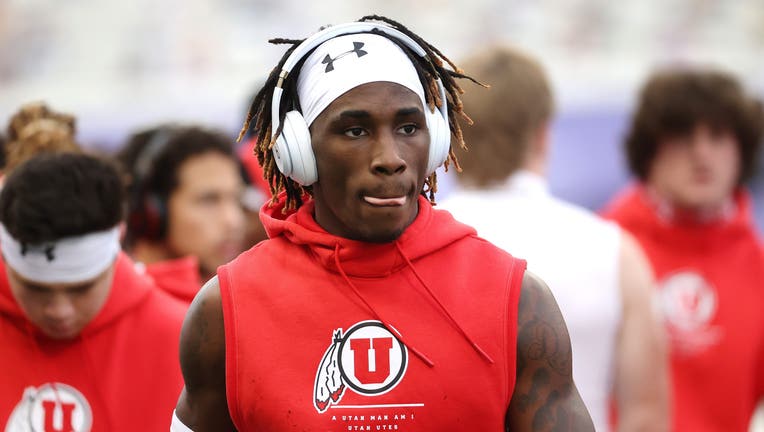 SEATTLE, WASHINGTON - NOVEMBER 28: Aaron Lowe #2 of the Utah Utes looks on before their game against the Washington Huskies at Husky Stadium on November 28, 2020 in Seattle, Washington. (Photo by Abbie Parr/Getty Images)

The shooting that killed Aaron Lowe occurred just after midnight, only hours after the Utes beat Washington State 24-13, and less than a year after a teammate of Lowe’s died in an accidental shooting.

Police said another victim in Sunday’s shooting incident — a woman — was hospitalized in critical condition and authorities were searching for a suspect.

"We are devastated to hear about the passing of Aaron Lowe," Utah head coach Kyle Whittingham said in a statement. "Our thoughts and prayers are with Aaron’s family and friends, along with the other individual who was harmed in this tragic incident. Aaron was a great teammate, friend, brother and son and was loved by anyone who crossed paths with him. He will be deeply missed."

Lowe, 21, was the first recipient of a memorial scholarship created to honor former Utah player Ty Jordan, a 19-year-old tailback who died after an accidental shooting in December 2020.

Jordan and Lowe were high school teammates in Mesquite, Texas.

After Jordan died, Lowe switched his jersey number from No. 2 to No. 22 to honor his friend.

Utah Gov. Spencer Cox tweeted his condolences to the family of Lowe, a reserve cornerback who was in his third season with the Utes and mainly played on special teams.