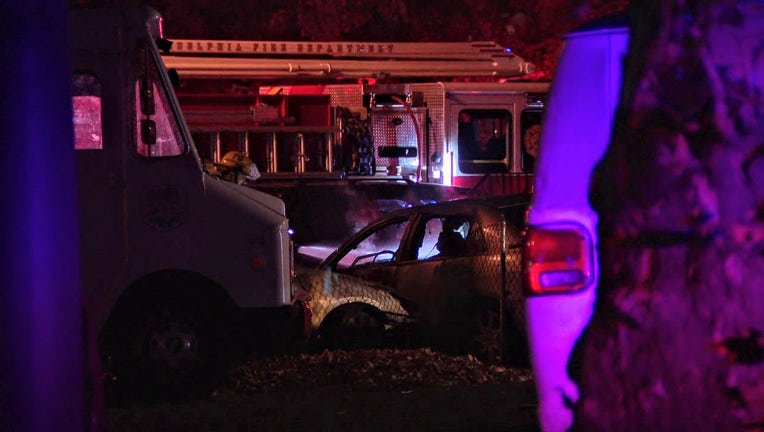 Firefighters work to extinguish a car fire that left one person dead in Northeast Philadelphia.

NORTHEAST PHILADELPHIA - Authorities say a man was killed when the car he was in crashed into a fence and burst into flames early Saturday morning in Northeast Philadelphia.

Philadelphia police and firefighters responded to the 4600 block of Adams Avenue just before 2 a.m. for reports of a car fire.

Emergency crews extinguished a car vehicle completely engulfed in flames and found an unidentified man in the front seat, according to police.

Investigators have not said what caused the driver to crash, but they believe the car burst into flames after striking a fence.

Police were unable to identify the victim's age or race in the aftermath of the fiery crash.