Several teens shot in Philadelphia over the weekend, 1 killed

A teen has died and another is in critical condition after police say they were among a number of teens who were shot over the weekend.

PHILADELPHIA - A 16-year-old is dead and four other teens were injured during several shootings over the weekend across Philadelphia.

Police say 16-year-old Heyward Garrison was gunned down early Sunday morning on the 2200 block of Diamond Street. Garrison reportedly ran to the corner of Vanpelt and Diamond Streets where he collapsed and was picked up by a passing vehicle.

Police say while the car was driving to the hospital, the occupants flagged down a police cruiser that was responding to the shooting. Garrison was placed in the police car and taken to Temple Hospital where he died just after 1:30 a.m.

Elsewhere in the city, police say a 16-year-old was critically injured and a 17-year-old was wounded during a shooting in West Philadelphia. 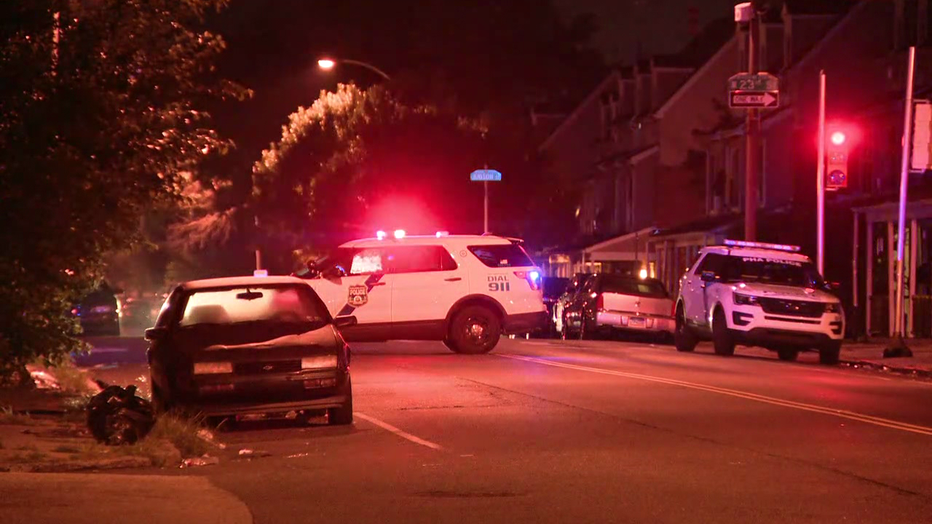 Officers responded to reports of gunfire on the 5100 block of Lancaster Avenue just after 3:30 a.m. The 16-year-old victim was reportedly shot in the back while the 17-year-old was hit in the right leg. Both victims were taken to Penn Presbyterian Hospital.

In Southwest Philadelphia, police say a 15-year-old girl was wounded when an argument at a park escalated to a shooting. Police say a large group of people assembled at a park on 58th Street and Chester Street sometime after midnight.

A fight reportedly broke out during the gathering and police say someone fired a shot into the air which caused the crowd to scatter. The 15-year-old victim and her friends were fleeing the scene on the 5800 block of Trinity Street when she was shot once in the elbow. Police took the victim to Penn Presbyterian Hospital where she was placed in stable condition.

Authorities are investigating another double shooting Saturday night in West Philadelphia during which a 19-year-old was injured. Police responded to the area of 52nd Street and Larchwood Avenue shortly after 9 p.m.

Police have not announced any arrests in connection to these shootings. Anyone with information on these incidents is encouraged to contact police.

Philadelphia continues to grapple with gun violence as the homicide rate has risen by more than 30 percent. Philadelphia Police Commissioner Danielle Outlaw joined Good Day last week to discuss what is being done to quell the rampant gun violence and what measures still need to be taken.