Family members identified the two people killed in a fire on Clifford Brown Walk in Wilmington early Tuesday morning as James Leon "Maypo" Favors and Richard Lamont "Charlie" Blackwell. Investigators are still determining the cause and why home had electricity off.

WILMINGTON, Del. - Two people have died and nearly a dozen are displaced after an early morning fire in Wilmington, Delaware.

The fire broke out at approximately 12:30 a.m. Tuesday morning on the 1000 block of Clifford Brown Walk.

When firefighters arrived, they were met with a heavy fire showing from the first floor that extended into the second floor. Eventually, the fire spread to an adjoining building.

A witness told FOX 29's Shaynah Ferreira that it all happened very fast. The extent of the damage was so bad that firefighters needed to use an outside ground ladder in order to access the second floor.

During a search of the premises, firefighters discovered two victims who had succumbed to their injuries. Family members identified the two men killed as James Leon "Maypo" Favors and Richard Lamont "Charlie" Blackwell.

Maypo’s cousin said she just saw him back on Sept. 10 for a funeral for his nephew.

"We were just singing and dancing that was our last memory together," says Felicia Johnson. "I was just more in denial and disbelief that it happened when I got the call, I was pretty much stuck."

Loved ones say Maypo was planning to move and Charlie, a beloved cook at nearby Ray’s Deli, was just visiting at the time of the fire.

"It really hurts I was there today," says Mohamed Alzamzami, Charlie’s boss. "It’s hard to lose a friend, lose a worker you’ve been with for seven to ten years every day." 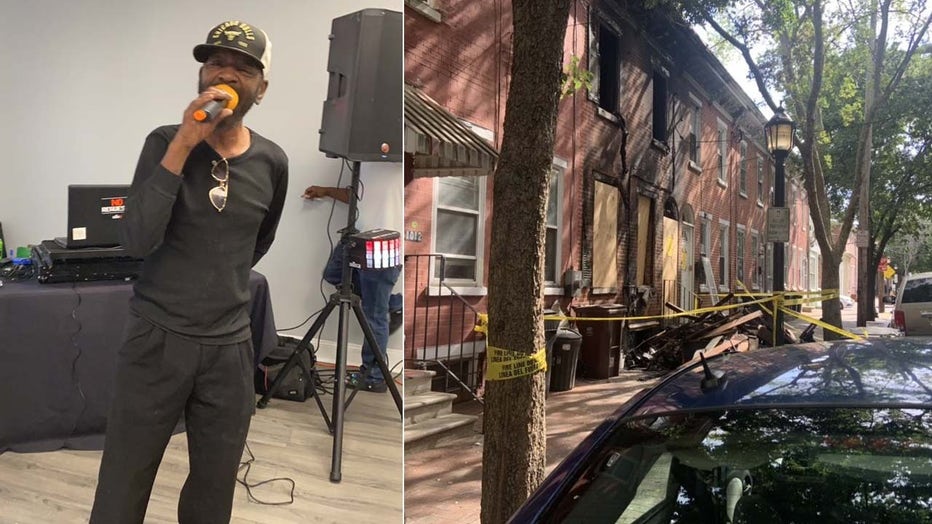 Family members identified the two people killed in a fire on Clifford Brown Walk in Wilmington early Tuesday morning as James Leon "Maypo" Favors and Richard Lamont "Charlie" Blackwell. Investigators are still determining the cause and why home had e

Five people in total were in the house with three of them evacuated prior to the arrival of the fire department.

Two firefighters sustained minor injuries and were treated and released from the hospital.

Approximately 10 people were displaced as a result of the fire. The American Red Cross has been notified.

Currently, firefighters are investigating the cause of the fire.

FOX 29's Shaynah Ferreira has the latest details on the fire that killed two people in Wilmington, Delaware.