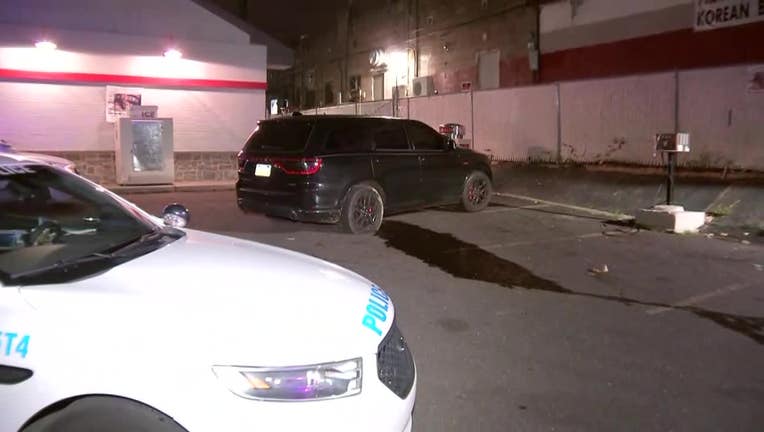 PHILADELPHIA - Two men are in the hospital after police say they were shot while attempting to put air in a tire at an East Oak Lane gas station.

Officers responded to the 400 block of West Cheltenham Avenue around 1:30 a.m. after receiving numerous 9-1-1 calls.

When police arrived they found two men suffering from gunshot wounds. A 29-year-old man had been shot in the foot and a second man, 30,, was shot in the hand.

Both were taken to a nearby hospital in stable condition. A third man who was with them was not injured.

Philadelphia Police Chief Inspector Scott Small says the victims were at the gas station’s air pump while the third man they were with was filling up a tire. That’s when Small says a white SUV pulled up on Cheltenham Avenue and a gunman opened fire out of the window.

Four spent shell casings were found right next to the gas station. The vehicle at the air pump was also hit by gunfire that punctured a second tire and caused gasoline to leak from the vehicle.

Police say witnesses reported hearing an argument prior to the shooting that left a man dead in Overbrook early Friday morning.

Chief Inspector Small says surveillance video shows the SUV pull up, stop, and a window go down prior to the shooting.