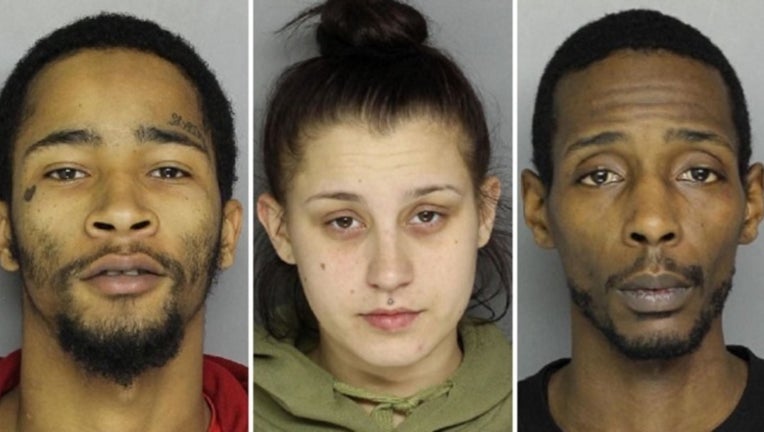 BENSALEM TOWNSHIP, Pa. - Police have arrested two men and one woman in connection with the murder of 26-year-old Tevin Hill in Bucks County.

The incident took place just after 7 p.m. Sunday when police responded to the 900 block of Bristol Pike near Grandview Plaza for reports of a possible shooting.

Investigators say the suspects conspired to rob Hill, who was shot while sitting inside his vehicle at the time of the robbery.

Hill was transported to the hospital, where he later succumbed to his injuries.

All three suspects are currently being held without bail.