PHILADELPHIA - Two teens are among three people shot and killed Thursday in Philadelphia, as police scrambled to investigate a number of shootings across the city.

The bloodshed began with a deadly quadruple shooting Thursday afternoon in the city's Overbrook section. Officers were called to the 1400 block of North 76th Street and found a 24-year-old Naquan Smith fatally shot and three others, including a 17-year-old boy, seriously injured.

Detectives overnight said 17-year-old Tamir Brown died at the hosptial around 8 p.m. No updates were given on the 19-year-old and 30-year-old victims who were taken to Lankenau Hospital in serious condition.

Officers in West Philadelphia said another 16-year-old boy lost his life after he and two other teens were shot outside Christy Rec Center on Thursday night.

3 dead, 6 hurt as gun violence rages across Philadelphia on Thursday

FOX 29's Hank Flynn has more on a violent Thursday across Philadelphia.

The teenage victim, later identified as Kahree Simmons, was fatally shot in the neck and died at CHOP, according to police. Two other 15-year-old boys were treated at the hospital for graze wounds. Both are expected to survive.

As Thursday came to a close, officers in Point Breeze reported another member of Philadelphia's youth was injured during a double shooting.

Officers responded to the 1900 block of Tasker Street just before 11:30 p.m. for reports of gunfire. A 19-year-old man was found with two gunshot wounds in the leg and a 38-year-old woman was shot in the shoulder. Both were taken by police to Jefferson Hospital.

Investigators overnight said the woman has no connection to the teenage victim and was inside her home when she was struck. Both victims are in stable condition.

In response to the spate of overnight gun violence, Philadelphia Mayor Jim Kenney extended his condolences to the families of the fallen teens in a statement.

"Once again our city has been rocked by senseless gun violence. Tonight, we tragically lost a 15-year-old who had their entire life ahead of them. I extend my deepest condolences to their family during this unimaginable time," Kenney's said in part.

He added that beginning next Wednesday at noon his administration will host regular public briefings to share the strategies underway to address this public health crisis and create safe, healthy communities. 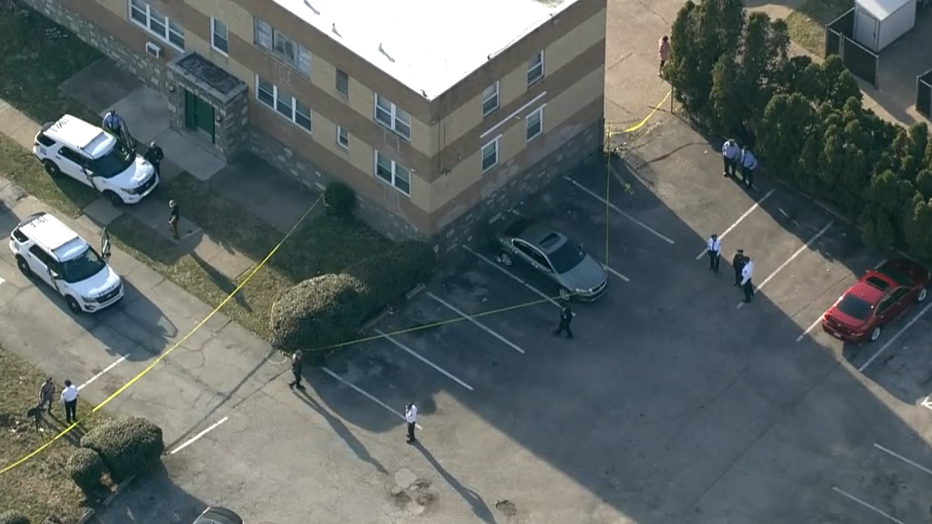 SKYFOX flew over the scene Thursday.

Philadelphia Commissioner Danielle Outlaw on Wednesday said she is "saddened and outraged" about the recent spate of gun violence against the city's youth and insured residents that her department is working to end the bloodshed.

"The duty to protect these children belongs to all of us," Outlaw said. "The public has my full assurance that the Philadelphia Police Department is doing everything possible to curb gun violence in the city."

Outlaw's comments came the morning after two 15-year-olds were shot overnight in Philadelphia. One of the teenage victims, later identified as Antonio Walker, died after being shot in the chest and arm in Kingsessing around 7 p.m.

Philadelphia is inching closer to 100 homicides so far this year, according to the latest data from police. The 92 deadly crimes this year represents a 30% increase from March 2020, which was part of the bloodiest year in Philadelphia in decades.

Editor’s Note: This story has been updated to reflect the victim’s age in the quadruple shooting is 17.