Philadelphia Police Commissioner Danielle Outlaw joined Good Day Philadelphia to discuss a historically bloody 2021 and measures being made to prevent violent crimes in the new year.

PHILADELPHIA - Four people were killed by gunfire Monday night in Philadelphia, including a double homicide in Kensington that saw both victims shot over a dozen times.

The nighttime spate of deadly bloodshed began just after 6 p.m. on the 6300 block of North Beachwood Street in the city's West Oak Lane section.

Police said a 35-year-old man was sitting in the driver's seat of a parked car when a gunman fired at least 10 shots. The victim was pronounced dead at the scene. He was later identified by police as Khalif Carr-Witherspoon.

Minutes later, officers in Kensington said two people were shot over a dozen times on the 3000 block of Ella Street. According to investigators, a 25-year-old victim and another man were taken to Temple Hospital by police where they died.

Philadelphia Police Chief Inspector Scott Small told reporters that over 20 shots were fired during the deadly shooting. It's believed that the gunman were standing at close range when they opened fire. 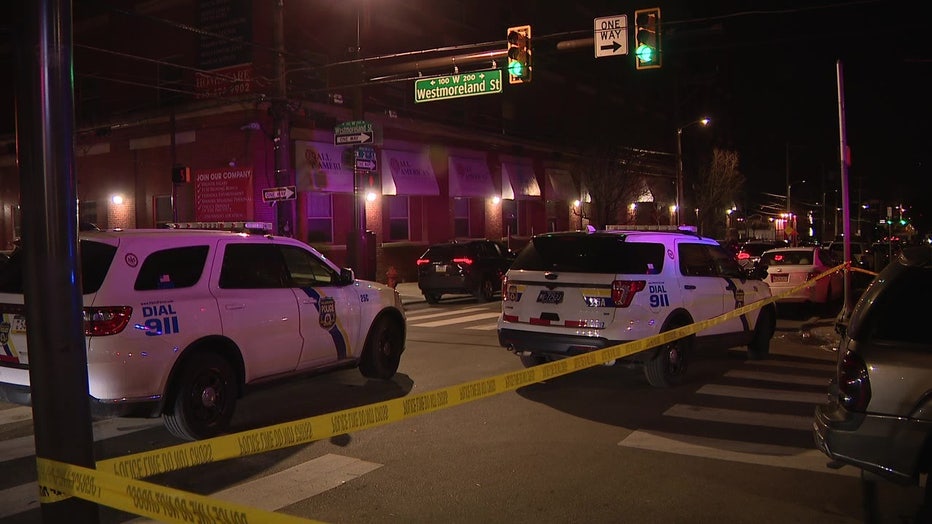 Police say four people were killed in shootings across Philadelphia on Monday night.

Authorities responded to the fourth homicide of the night on the 200 block of West Westmoreland Street in North Philadelphia. Investigators said a 31-year-old man was shot in the head and upper body.  He was later identified as Travis Bing.

No arrests have been reported in connection to any of Monday's deadly shootings. According to the latest data provided by the Philadelphia Police Department, the new year has already seen 13 murders a little over a week into 2022.