Police say George Briscella, 60, was shot and killed during a carjacking outside his mother's house Sunday night in Philadelphia. Briscella was a father of four, grandfather of 6 and a military veteran.

PHILADELPHIA - A Philadelphia grandfather and military veteran was gunned down Sunday night during a carjacking outside his mother's house in Rhawnhurst.

According to the Philadelphia Police Department, 60-year-old George Briscella was visiting his mother at her house on the 2100 block of Afton Street around 8 p.m.

Video surveillance footage shows Briscella walking towards a 2020 Toyota Rav4 parked in the driveway when three unknown suspects approach him a minute later. 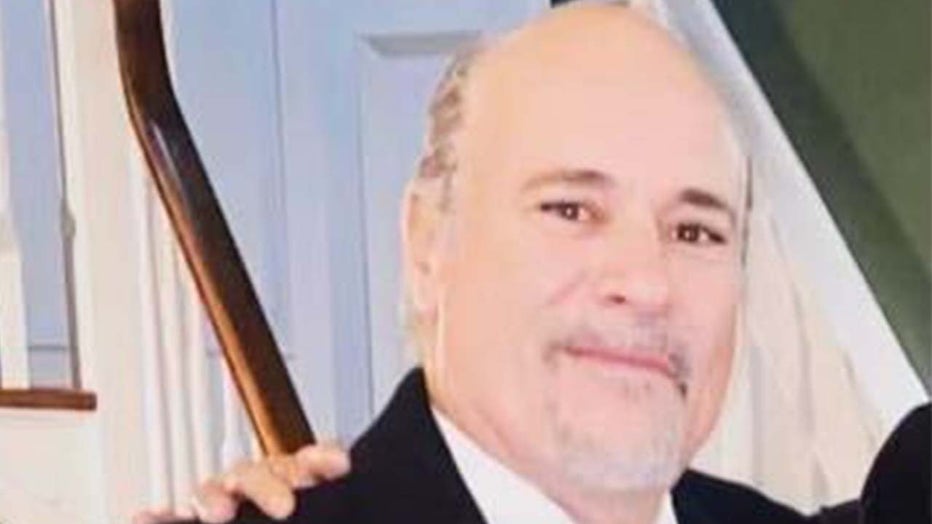 Soon after, police say three shots were fired from an AR-15 style rifle and one hit Briscella on the right side of the abdomen. He was taken to Jefferson-Torresdale Hospital where he died.

The Rav4 was last spotted heading towards Large Street and has a temporary license plate tag of last 514-67PD.

Investigators believe the three suspects could be linked to other carjackings.

"This didn't need to happen in a city that we all grew up in and loved, and it continues to deteriorate."

Editor's Note: Police originally identified the victim using an incorrect last name. This article has been updated to reflect their correction.