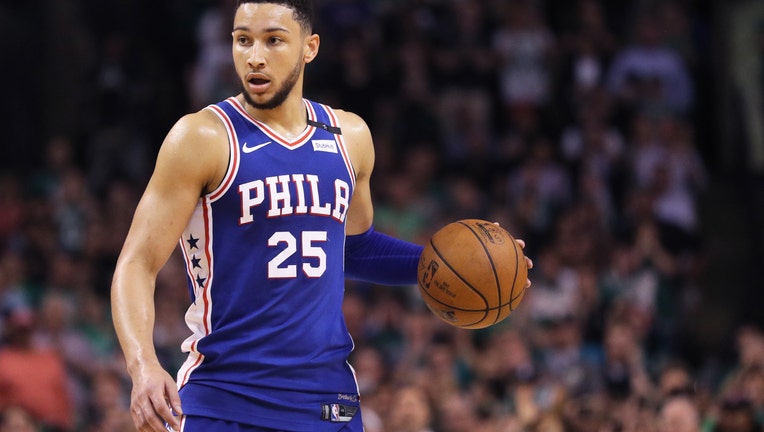 BOSTON, MA - MAY 3: Ben Simmons #25 of the Philadelphia 76ers dribbles against the Boston Celtics during the second quarter of Game Two of the Eastern Conference Second Round of the 2018 NBA Playoffs at TD Garden on May 3, 2018 in Boston, Massachuset

Simmons tweeted photos in support of the former vice president as he tries to claim Pennsylvania, which would give him the presidency.

He added on Friday: “Good things Happen in Philly.”

The message appeared to be in direct response to President Trump saying that “bad things happen in Philadelphia.” The line was regurgitated across social media again as the voting count continued to pour in days after Election Day.

Biden appeared to take the lead in Pennsylvania between Thursday night and early Friday morning. According to Fox News’ numbers, Biden holds a 49.5%-to-49.4% lead with 98% of Pennsylvania’s precincts reporting totals. Biden has 3,301,255 votes to Trump’s 3,292,382 votes.

Trump does not have plans to immediately concede the election despite Biden’s lead in key states that could land him enough electoral votes to claim the presidency, a senior aide told Fox News. The aide told Fox News that the president’s counselors have been giving him advice in both directions, with some telling Trump that a concession is the correct thing to do and others pushing him to continue to fight to ensure the vote was correct and legitimate.