Activists called for justice in the death of 41-year-old Eric Pope, who law enforcement sources say died after he was punched by a bar bouncer in Philadelphia.

PHILADELPHIA - Activists gathered Tuesday outside a Philadelphia bar where law enforcement sources say a bouncer punched an intoxicated patron who later died at the hospital.

Police say surveillance video from Apr.16 shows 41-year-old Eric Pope being escorted out of Tabu Lounge and Sports bar in Center City around 1 a.m. for being overly intoxicated. While standing along South 12th Street, police say the bouncer punched him, knocking him to the ground unconscious.

The video shows Pope lying on the ground for a minute. The bouncers move him to the sidewalk where he stays for several more minutes. A crowd eventually forms around him and the video ends. Police say Pope died at the hospital a week later.

Tabu’s owner told FOX 29 that the bouncer involved is not an employee of Tabu and the incident did not happen on their property. When it was reported to them, they immediately called 911 and are cooperating with the police investigation. 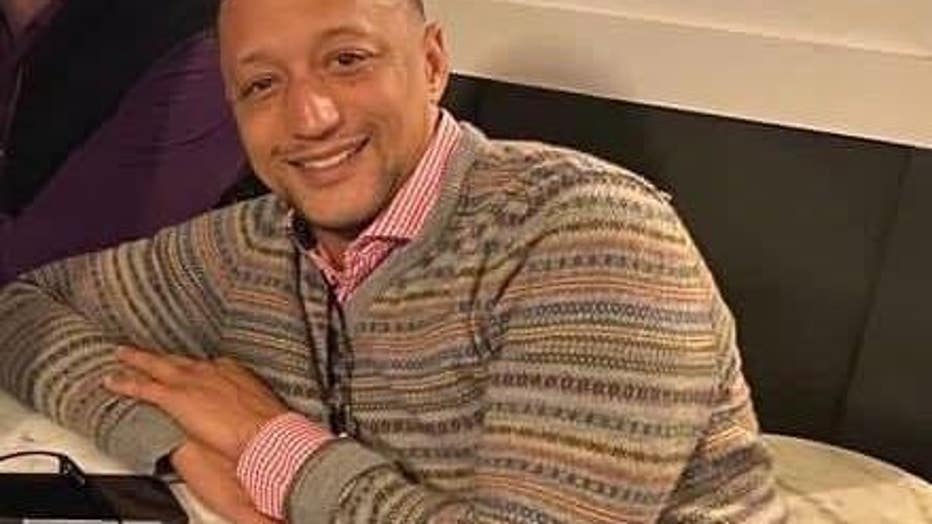 LGBTQIA activists and allies on Tuesday spoke outside the bar, located in Philadelphia's Gayborhood section, to call for justice and accountability. They say there have been previous problems in the Gayborhood involving the third-party security company.

"The owner cannot throw rocks and hide his hands, he has a responsibility and has to own up to his part," Asa Khalif said. "What took place, we want the bouncer arrested immediately we want justice for our brother Pope."

The group also has concerns about the safety of Philadelphia's Black Pride events, which start in two days.

"This is a safety issue now and it’s a major safety issue because this area is about to be influxed with our family members," Sappho Fulton said.

Police say surveillance video shows from Apr. 16 shows 41-year-old Eric Pope being escorted out of Tabu Lounge and Sports bar in Center City around 1 a.m. for being overly intoxicated. While standing along South 12th Street, police say the bouncer punched him, knocking him to the ground unconscious. Law enforcement sources tell FOX 29 that criminal charges are expected.

"It is stunning to think of someone whose job it is to try to prevent unsafe situations causing severe injury or in this case even causing death, as always we look at these situations very carefully," Krasner said.

Pope's family told FOX 29 that he was from Washington D.C. and was visiting friends in Philadelphia when the deadly assault happened. They are working with the District Attorney's Office of the Victim Advocate.