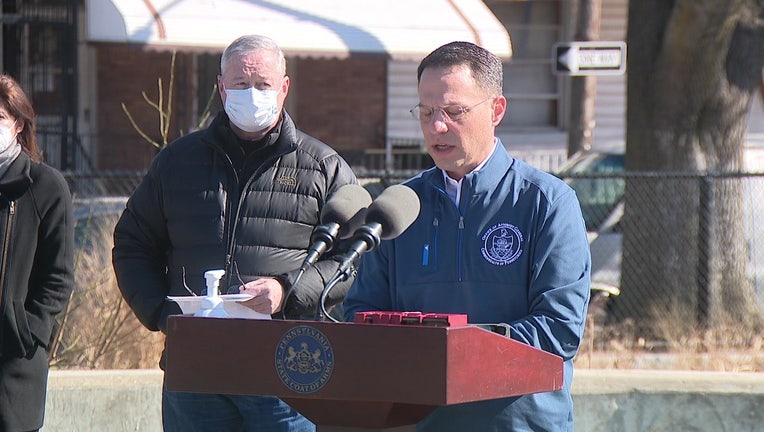 PHILADELPHIA - The Pennsylvania Attorney General's Office has brought charges against four Philadelphia men who are accused of purchasing kits to build and sell untraceable firearms from a gun show in Berks County.

Ghost guns typically start as "80% receivers" that are often sold in kits without background checks. They can be easily and quickly put together, lack serial numbers so they cannot be traced, and, once fully assembled, can operate as fully functioning firearms.

Authorities searched the home of 19-year-old Najaye Davis on Friday and found three ghost guns and a kit to make a fourth, as well as gun parts and ammunition. Prosecutors accused Davis of selling guns in Philadelphia for $500 each.

Shapiro's office has charged Davis with six counts of Illegal Transfer of a Firearm and other weapons charges.

In another investigation, prosecutors claim Malachi Matthews and Kenneth Manni returned to a residence on North 21st Street after buying four 80% receiver ready-made gun kits at the Morgantown Gun Show. Investigators believed the property was being used to run an illegal gun manufacturing operation.

The AG's office said Montague Coker was also at the property when agents arrived. Coker and Matthews, who are convicted felons, tried to escape through the roof and were captured. Both are facing multiple weapons charges. Manni was hit with weapons and drug charges.

"Ghost guns are fueling the gun violence epidemic that takes the lives of Pennsylvanians every single day. Once these DIY homemade gun kits are in the wrong hands, in mere hours they become untraceable, fully operational firearms causing so much senseless violence," Shapiro said.