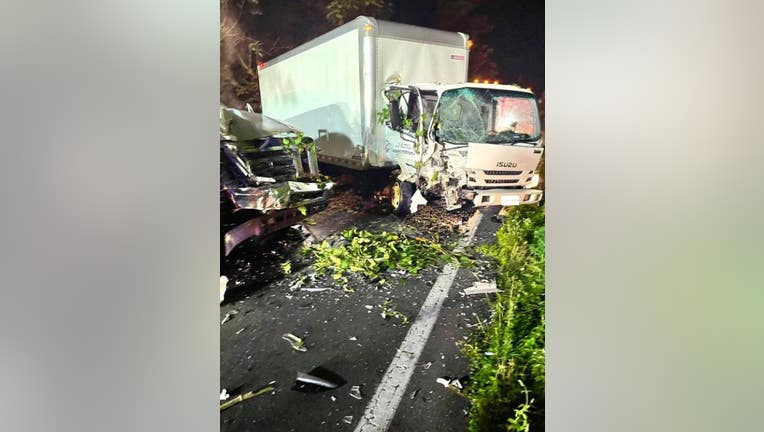 A van was traveling on Taylorsville Road in Upper Makefield Township when police say it crossed it oncoming traffic.

The truck reportedly crashed into a box truck, sending both drivers to the hospital with non-life threatening injuries.

A photo from the scene shows the front of the van to be bent, while the passenger side of the truck is partially smashed. Debris from the crash could also be seen spread across the roadway.

Police say that "alcohol is suspected in playing a role in the crash," in a post on Facebook.