AMBLER, Pa. - Crews have been working around the clock following five water main breaks in Ambler.

“They said we were the only house in the neighborhood that would be without water until Monday," Garrett Hirsch said.

It was better news across the street where Ambler Water Department crews were just finishing the repairs on the latest series of water main break that started Tuesday night.

“Got to that location, started to work on that and three others popped up after that. Then we had another one today that makes number five. It’s been a rough couple of days," Marco Resente, with the Ambler Water and Sewer Department, said. 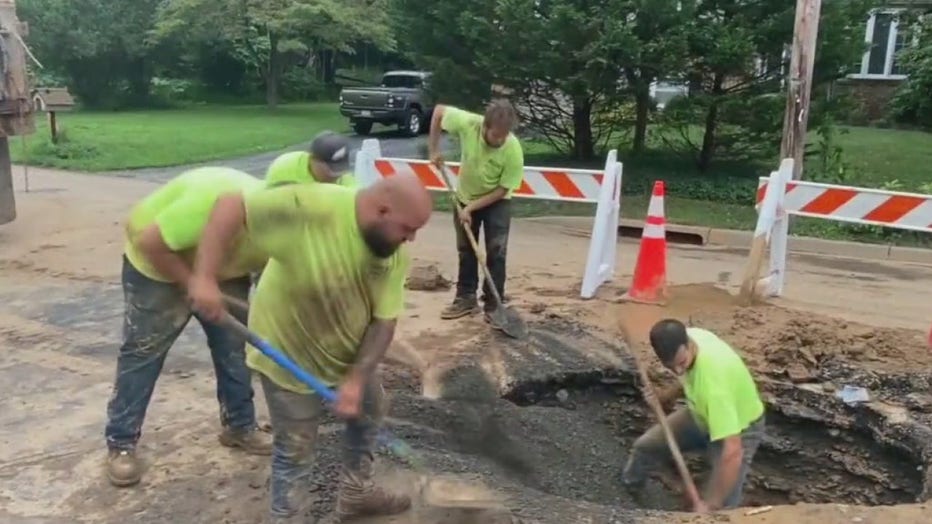 After two days, water crews looked like they've been through a war. They worked around the clock to restore water to more than 100 customers.

“It wasn’t easy changing diapers it would be nice to be able to wash your hands after that," Travis Fatzinger said.

Borough officials tell FOX 29 recent road paving may have rattled an underground main, but the heavy water pressure after the first break may have led to the four others.