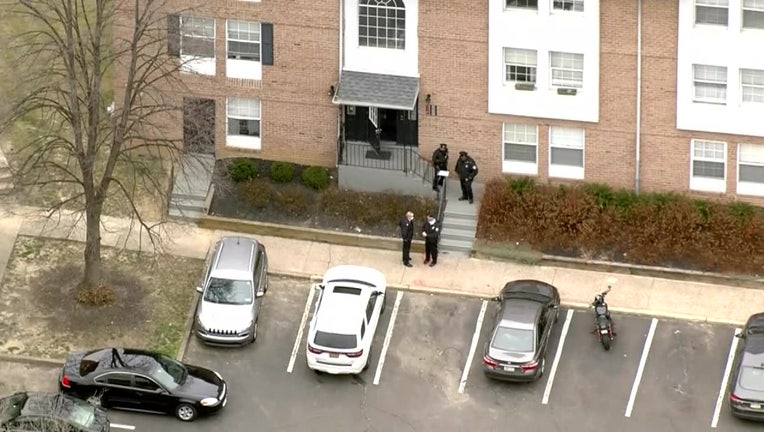 Skyfox over the 1500 block of Riverside Drive where, Philadelphia police say, a man was shot and killed.

NORTHEAST PHILADELPHIA - A man has been killed in Northeast Philadelphia, as the city’s gun violence continues to escalate.

Officials say police were called to the 1500 block of Riverside Drive Tuesday morning, just after 11:30, for reports of shots fired.

Responding officers found a 56-year-old man shot one time in the chest. Police report the suspect was known to the victim.

Police say an arrest has been made and two weapons were found at the scene.

Police: Woman shot, killed while sitting in car in Holmesburg