NORRISTOWN, Pa. - Federal authorities have taken a man into custody after they say he was involved in a shooting that killed a man as he ate Thanksgiving dinner with his family in Norristown.

Kevon Clarke, 19, was taken into custody by U.S. Marshals in Philadelphia on Monday morning. He's charged with first-degree murder in the death of Edilberto Miguel Palaez Moctezuma on Thursday, Nov. 25. 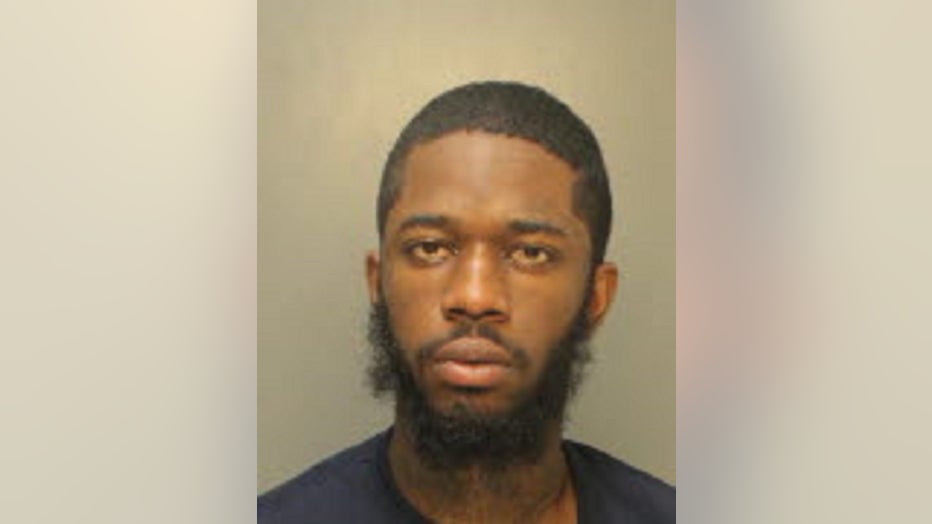 Around 9:30 p.m. that evening, police were called to the 1100 block of Arch Street in Norristown for a report of an unresponsive male with a gunshot wound to his torso. Officers arrived on the scene and found Moctezuma unresponsive, suffering from a single gunshot wound.

Witnesses told police that Moctezuma was sitting at the table eating Thanksgiving dinner when a single gunshot came through the window and struck him.

Authorities launched an investigation and found that the shooting was connected to a dispute at another Thanksgiving party on the 100 block of Haws Avenue earlier in the day. At that event, police say Clarke and three others, including his girlfriend, were asked to leave. It was later discovered by others at the party that alcohol had gone missing.

A family member contacted Clarke and arrangements were made for the alcohol to be returned outside of Clarke's home on Basin Street. When the family member arrived at Clarke's home, police say she drove off quickly after seeing Clarke brandishing a gun. She heard multiple gunshots fired as she fled.

Edilberto Miguel Palaez Moctezuma, 25, was sitting at the table eating dinner when a single shot came through the window and struck him Thanksgiving night, according to police.

Investigators determined through surveillance video and analysis of the bullet hole in the window that the shot that killed Moctezuma came from Clarke's shooting location.