BELLMAWR, N.J. - A New Jersey gym at the center of a months-long controversy reopened again on Wednesday after a Camden County town's council voted to revoke their business license.

Smith and co-owner Frank Trumbetti have reopened countless times in defiance of the state's shutdown order on gyms and fitness centers and have received several citations for violating the closure order. They were arrested late last month on contempt and other charges.

“We personally believe it’s just a predetermined outcome. That they already knew what they were going to vote ahead of time," Trumbetti told FOX 29 Wednesday morning. 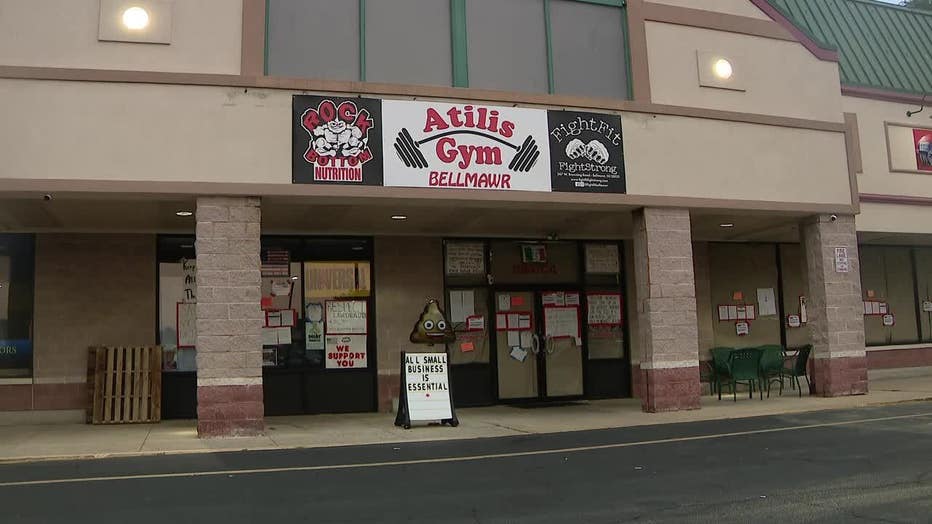 Trumbetti added that the vote to revoke their license came before any of the ongoing litigation was settled.

In a clear political move, the all democrat town council followed their orders from Gov. Murphy to revoke our business license. Zero evidence was put forth to support the claim that @atilisgymbellmawr poses any threat to the public. When asked, they ignored the request to hold off on the vote until evidence can be put forth. They did not allow the public to speak. Our fight does not stop here. Please share and repost. Let’s hold these politicians accountable for their actions.

A spokesperson for the council released the following statement after the vote on Tuesday:

“The Bellmawr Borough Council considered the information presented and determined by a 5-1 vote to rescind Atilis Gym’s Mercantile License, because after the owners were afforded a full opportunity to be heard, their ongoing defiance of the state law and court imposed orders presents a significant safety issue for the residents of Bellmawr, who we were elected to represent.”

The co-owners say the plan moving forward is to open the gym every day.

According to Trumbetti, the gym has had more than 18,771 visits since June 16 and no members have come back and said they have tested positive for coronavirus.

"Everybody gets tracked, everybody gets their temperature taken, we actually have contact tracing. Not a single person has come back and said they’ve had COVID,” Trumbetti added.

Prior to reopening back in May, the owners implemented new safety precautions that included spreading out equipment, taping out workout stations limiting capacity, and requiring temperature checks upon entering. Patrons are also required to wear masks unless they are in the middle of lifting weights.

The co-owners have long argued that the wording of the order would allow them to open up for members only, and not the general public.