Family and friends gathered in Old City, Philadelphia Friday night to lend support to Officer Andy Chan, as he continues to recover from injuries suffered when he was struck by a car on his patrol motorcycle nearly 3 years ago.

PHILADELPHIA - Friday night brought perfect weather for an outdoor party in Old City, but it was a party family and friends of a Philadelphia police officer wish they didn't have to have.

Wearing their customary leather jackets, members of the Philadelphia Highway Patrol marched on foot in a show of solidarity during the fundraiser for Officer Andy Chan.

The highway patrolman is still recovering from a traumatic brain injury he suffered when his patrol motorcycle was hit by a motorist in Northeast Philadelphia nearly three years ago.

Families Behind the Badge Children's Foundation hosted a fundraiser to help Chan's family with what will be years of medical expenses.

"Andy is going through it, I am not going to lie. It’s really hard for him and he keeps fighting. He’s a warrior," explained Teng Chan, Andy's wife.

Friday's turnout was a testament to how many people Chan has touched through his life and his career. 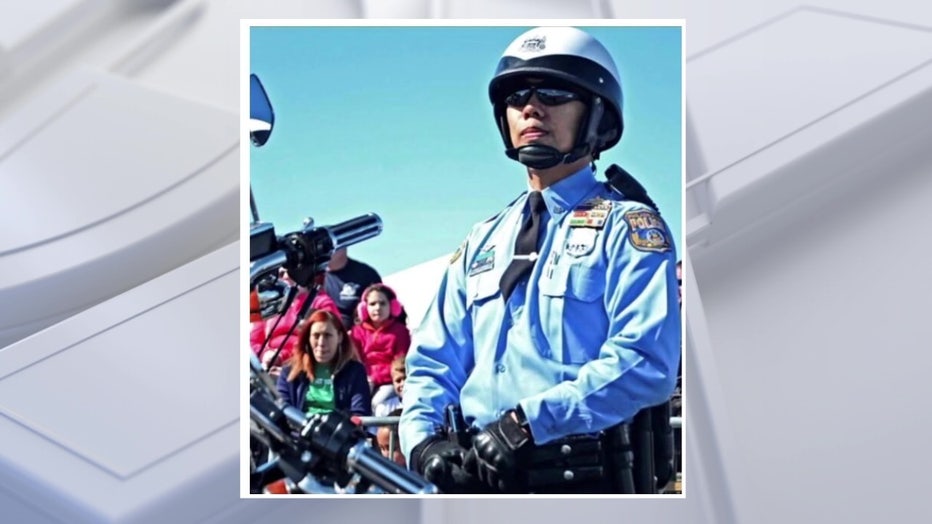 His wife says Andy still has years of intense medical care ahead of him, and his police family says they’ll be there for him as long as it takes.

The Families Behind the Badge Foundation awarded grants to nearly 50 charities in the Philadelphia area last year.