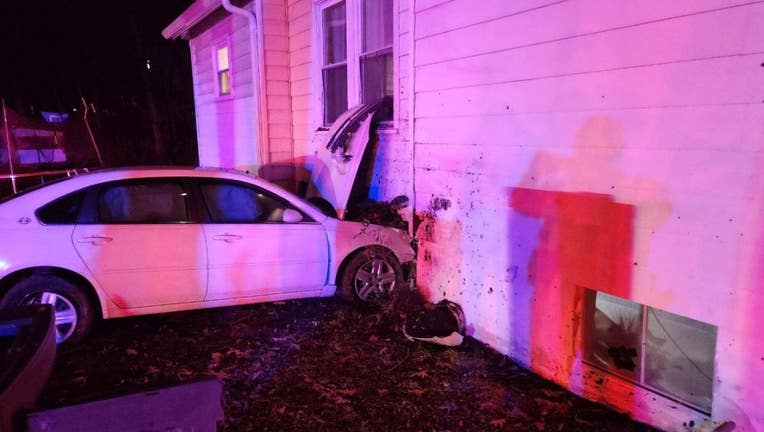 GLOUCESTER TOWNSHIP, N.J. - A car crash in Gloucester County triggered a string of incidents that left a home with severe damage, a small fire and a gas leak Saturday night.

Police say the car smashed into the side of the home after swerving, hitting a curb and driving through the yard.

The crash caused a small fire, which was quickly put out by one of the residents. A short time later, gas started leaking on the property after impact damaged the gas line and main gas line.

Police say no explosion was reported, and the gas leak was quickly repaired by South Jersey Gas.

Residents were safely removed from the home without injury, while the driver was treated for minor injuries at a local hospital.

The home was later deemed unsafe by inspectors, who say repairs are currently being made.

No charges have been announced in connection to the crash, but police say an investigation is ongoing.