FOX 29's Marcus Espinoza has more on the search for a group of men wanted for a brutal carjacking in Kensington. Video share by Philadelphia police shows the victim being thrown from their car and later dragged several feet when trying to regain control of the vehicle.

PHILADELPHIA - Philadelphia police are looking to identify and locate multiple suspects they say were involved in a carjacking incident Monday night in Kensington.

Surveillance video released by police shows four individuals walking past the victim in their parked car. A short time later two of the suspects walk back down the block.

The second suspect can then be seen fleeing on foot, as the victim tries to get back into their car. The suspect then threw the vehicle into reverse. Video shows the victim falling back out of the passenger door before she is dragged several feet by the reversing car. 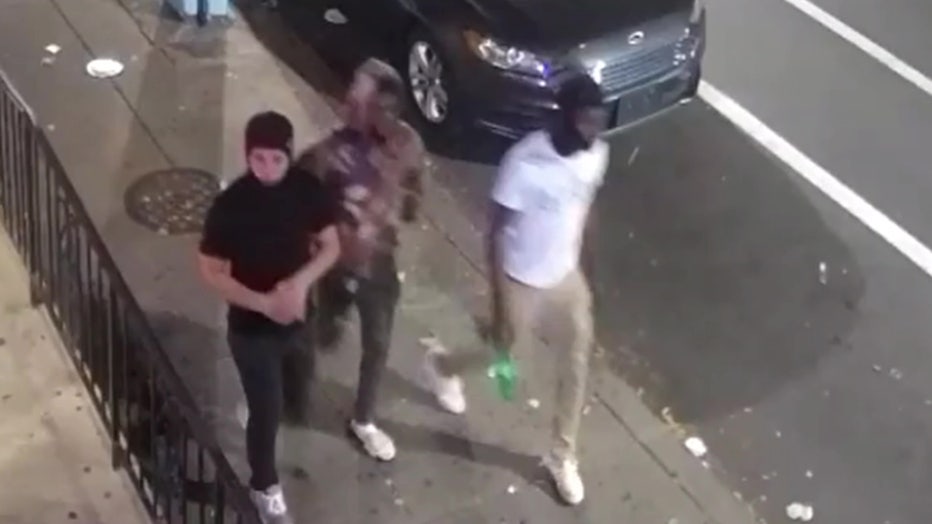 Police are looking to identify and locating multiple suspects in the incident.

The passenger door finally slams shut when the suspect hits the brakes, puts the car in drive, and rides off.

Police say the vehicle that was taken was a gold 2011 Chevrolet Cruz.

Anyone with information about the suspects or the incident is asked to contact police.