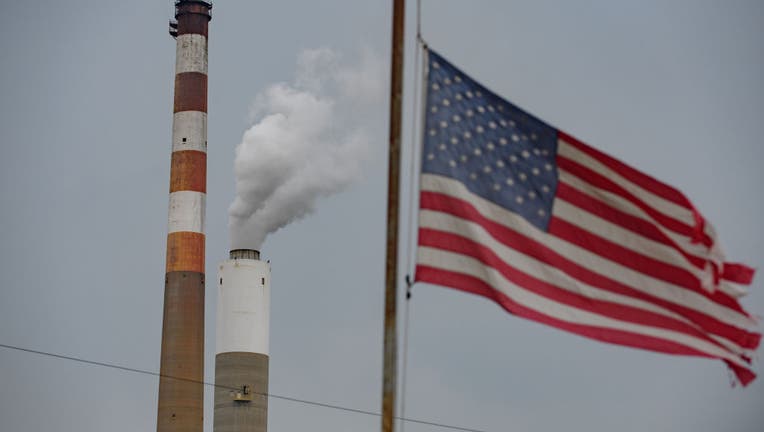 CHESWICK, PA - JUNE 07: GenOns Cheswick Power Station along the Allegheny River still burns coal, producing 637 megawatts of electricity for the region on June 7, 2021 about 15 miles northeast of Pittsburgh in Cheswick, Pennsylvania. Scientists from

The lawsuit filed in Commonwealth Court by owners of coal-fired power plants, owners of coal mines and labor unions that mine coal and maintain the power plants say the regulation written by Wolf's administration is "patently unlawful."

The regulation took effect Saturday after a long regulatory vetting process and fights with a hostile Legislature controlled by Republicans who are historically protective of Pennsylvania’s coal and natural gas industries. It made Pennsylvania the first major fossil-fuel state to adopt a carbon-pricing policy.

However, Wolf, a Democrat, is already fighting one lawsuit intended to block the regulation and has long maintained that the state can regulate carbon dioxide under existing authority to regulate air pollution.

The regulation authorizes Pennsylvania to join the Regional Greenhouse Gas Initiative, a multistate consortium that sets a price and declining limits on carbon dioxide emissions from power plants.

The lawsuit, in part, contends that the regulation effectively imposes a tax, unconstitutionally bypassing approval by the Legislature.

Republican lawmakers tried to block the regulation, but could not muster the two-thirds majority necessary.