The Mural Arts Program, which maintains the mural, says it believes the mural is a 'painful reminder' of the former mayor's legacy.

Rizzo has long been a controversial figure in Philadelphia's history, known for his volatile relationship with the black community.

“It’s a beautiful thing to see,” said David Neukirch who owns the building and Nannie Franco’s Pizzeria on the street level.

He explained that the Mural Arts Program had to give up the rights to the artwork first, which allowed him to approve the removal. Going forward Neukirch said he wants "something that represents us as a whole, not divides us" to replace the mural.

In a statement, the Mural Arts Program said in part:

"We do not believe the maintenance and repair of the Rizzo mural is consistent with our mission. We think it is time for the mural to be decommissioned, and would support a unifying piece of public art in its place. Legally, in this case, because the mural is located on private property, the owner would need to approve of the removal or replacement of the mural, which has not been granted. At this time, Mural Arts will no longer be involved in the repair or restoration of the mural."

Still, for some, the former South Philadelphia mural will be remembered as part of the city's history.

“I was appalled they did it in the middle of the night,” South Philadelphia native George Patti said. “Everyone was proud of Frank. I understand the other side, but even if it was divisive, or stands for something bad, I don’t think we should be erasing history.”

Others argue that seeing the polarizing mural painted over was a necessary step in moving forward as a unified city.

“We are tired of police brutality, we are tired of injustice, and it just showed what we can do when we come together and make a difference,” Dezha Morrison said.

Protesters defaced the statue during recent demonstrations demanding racial equality and reforms to policing after the police custody death of George Floyd. 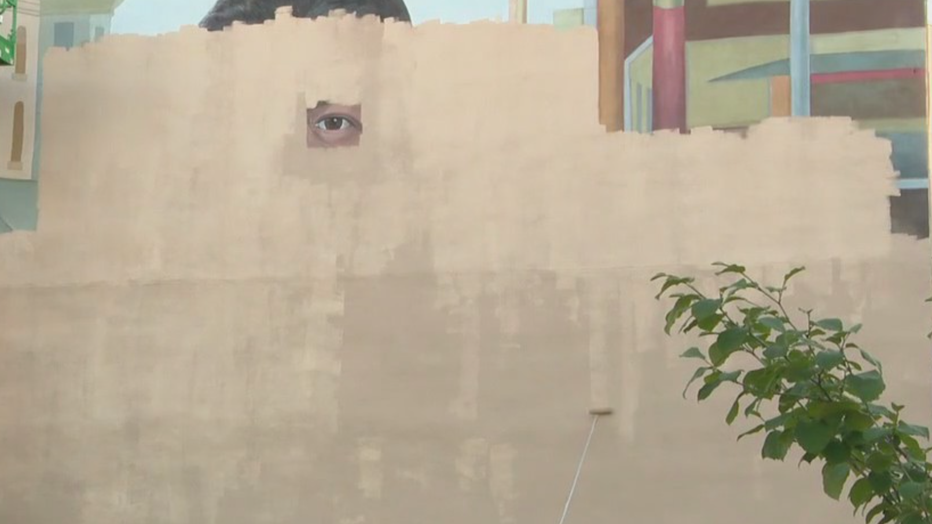 In the aftermath of his death, citizens nationwide have taken to the streets of Minneapolis, where Floyd's death took place, and countless other US cities and towns have participated in unifying rallies calling for change in policing standards.

Rizzo, who died in 1991 at the age of 70, had an extremely volatile relationship with the African-American community in Philadelphia. He served as police commissioner from 1967-1971 and was a two-term mayor from 1972-1980.