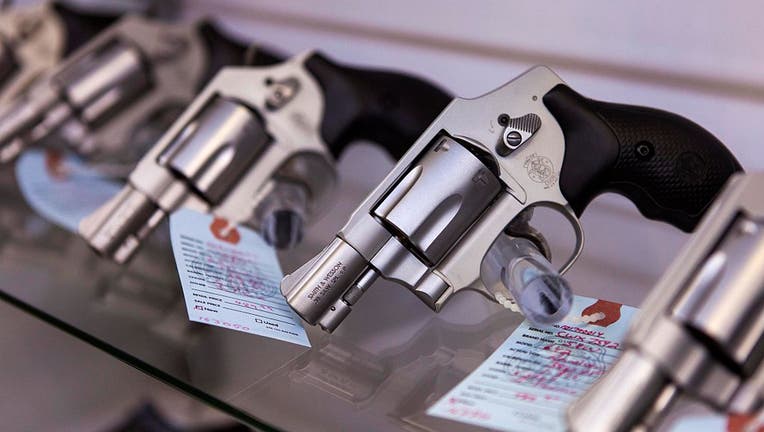 BRIDGETON, MO - NOVEMBER 16 : Handguns are seen at Metro Shooting Supplies on November 16, 2014 in Bridgeton, Missouri as the gun shop near Ferguson sees increase in business ahead of awaited grand jurys decision. (Photo by Samuel Corum/Anadolu Agenc

DOVER, Del. - House lawmakers have approved a bill raising the minimum age for anyone in Delaware to legally possess or purchase any rifle, or firearm ammunition, from 18 to 21.

The bill cleared the House 27-13 on a mostly party-line vote Tuesday after being amended to exempt National Guard members and to clarify that a person under 21 could still use a gun for self-defense.

The legislation is part of a package of gun restrictions that Gov. John Carney and fellow Democrats are pushing to pass by the end of this month in the wake of recent mass shootings in other states. It now goes to the Democrat-controlled Senate.