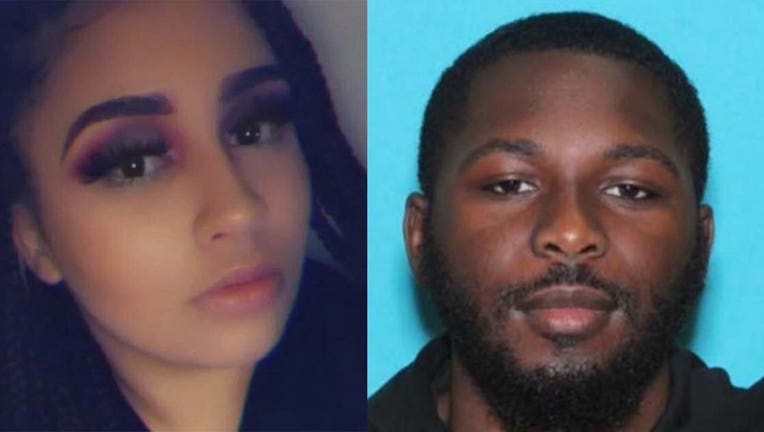 Justin Smith is wanted for the murder of his pregnant 21-year-old girlfriend, Diana Brice.

PHILADELPHIA - Federal authorities are offering a reward for information leading to the location and arrest of a man accused of killing his pregnant girlfriend in Philadelphia earlier this year.

Justin Smith, who turns 24 on Wednesday, is accused of fatally shooting 21-year-old Dianna Brice in the head multiple times, killing her and her unborn child.

Brice was found dead in Philadelphia days after she and Smith were reported missing from Upper Darby.

Smith is wanted on multiple charges, including murder, first-degree murder of an unborn child, arson, and abuse of a corpse.

Investigators believe Smith fatally shot Brice inside of his car and later disposed of her body on the 5800 block of Eastwick Avenue. Not far away from where Brice's body was found, authorities found Smith's car, which had been burned.

Authorities have since charged another woman, Tylidiah Garnett, in connection with Brice's death. Garnett is accused of having come to Smith's aide shortly after he shot Brice, and providing him with the gasoline used to set the car on fire.

Investigators also say Garnett can be seen on surveillance video helping Smith load a heavy object, believed to be Brice's body, into the trunk of Smith's car.

Garnett was charged with arson, abuse of a corpse, criminal conspiracy, and related offenses after she was taken into custody in Florida.

The FBI is now offering a $25,000 reward for information leading directly to the arrest of Justin Smith, who is known to have connections to Greensboro, North Carolina, and New Castle, Delaware. Officials say he has also been seen in the Little Haiti neighborhood of Miami, Florida, and in Atlanta, Georgia.

Smith is described as 5'8" with brown eyes and black hair. He’s estimated to weigh between 160 and 180 pounds.

He is considered armed and dangerous.