FOX 29's Hank Flynn has the latest on the case.

PHILADELPHIA - A woman is facing charges in the disappearance and shooting death of a pregnant Upper Darby woman whose body was later found in a pile of debris in Philadelphia.

According to Upper Darby police, Tylydiah Garnett was taken into custody Saturday and charged with arson, abuse of a corpse, criminal conspiracy, and related offenses in connection to the death of 21-year-old Dianna Brice.

Brice was found dead in Southwest Philadelphia last week, nearly a week after she and her boyfriend, 23-year-old Justin Smith, were reported missing. Police say cell phone data lead them to the area where Brice's body was later found.

A short distance away from where her body was found, police also found a burned-out car belonging to Smith.

On Monday, investigators revealed that they believed Smith fatally shot Brice inside that car. An autopsy report said Brice died from multiple gunshot wounds to the head and her death was ruled a homicide. 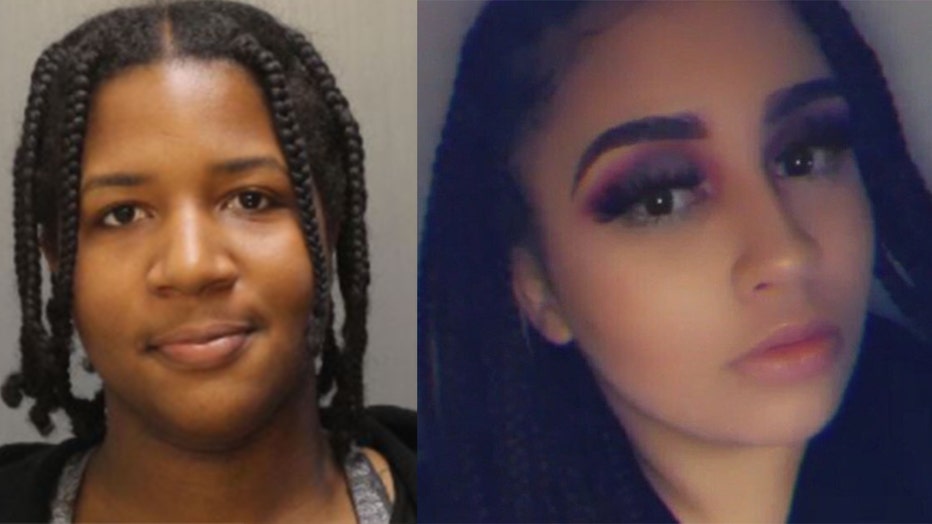 Tylydiah Garnett (L) is facing numerous charges in connection with the murder of Dianna Brice (R), a 21-year-old pregnant woman who was found dead in Philadelphia last week.

Authorities say Garnett came to Smith's aide shortly after he shot Brice, and was captured on video purchasing gasoline and taking it to a garage Smith either owned or rented.

After arriving at the garage, authorities say another video shows Garnett and Smith loading a heavy object into the trunk of Smith's car. Investigators believe that the object was the body of Brice and her unborn child.

Garnett then followed Smith to the 5800 block of Eastwick Avenue, where he dumped Brice's body. Smith then used the gasoline purchased by Garnett to set fire to his car, authorities say.

The DA's office says Garnett was arrested in Florida, and bail was set at $75,000 when she returned to the area for arraignment.

Tylydiah Garnett was taken into custody this weekend and charged with arson, abuse of a corpse,&nbsp;criminal conspiracy, and related offenses in connection to the death of&nbsp;21-year-old Dianna Brice.&nbsp;