An arrest warrant has been issued for Justin Smith, 23, in the shooting death of his pregnant girlfriend, 21-year-old Dianna Brice, who was found dead in Philadelphia last week.

PHILADELPHIA - Authorities have issued an arrest warrant for the boyfriend of Dianna Brice, the pregnant Delaware County woman who was found dead last week.

On Monday, authorities announced that an arrest warrant had been issued for Justin Smith, 23, as he is suspected of fatally shooting Brice, 21, after the two went missing late last month.

The news comes days after Upper Darby police announced another woman, Tylydiah Garnett, was taken into custody and charged with arson, abuse of a corpse, and criminal conspiracy in connection with Brice's death. Garnett is also facing a second charge of abuse of a corpse because Brice was pregnant at the time of her murder, authorities say.

Monday, the Philadelphia District Attorney's Officer alleged that Garnett came to the aide of Justin Smith shortly after he fatally shot Brice. They say Garnett was captured on video purchasing gasoline and taking it to a garage that was either owned or rented by Smith. 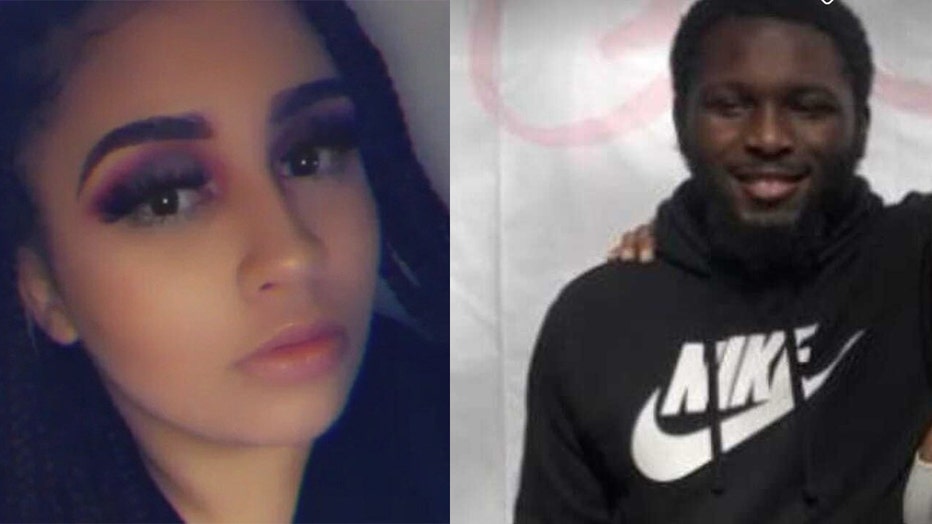 The Philadelphia District Attorney's office has issued an arrest warrant for Justin Smith, 23, in the shooting death of his pregnant girlfriend, Dianna Brice.

When she arrived, authorities say Garnett met with Smith and loaded a heavy object, believed to be Brice's body, into the trunk of her car. Garnett then allegedly followed Smith to the 5800 block of Eastwick Avenue, where he dumped Brice's body.

At a separate scene, Smith used the gasoline to set fire to his own vehicle. Officials say they believe Smith fatally shot Brice inside the car that he later set on fire. An autopsy report said Brice died from multiple gunshot wounds to the head and her death was ruled a homicide.

After the car was set on fire, the DA's officer says Garnett fled to Miami, Florida.

Despite not being charged with murder, the DA's office says they requested Garnett be held without bail, but a judge set bail at $75,000.

The DA's office says Garnett was released after posting bail, and they have no information to release about Justin Smith's current whereabouts.

Warrant issued for Justin Smith in murder of Dianna Brice

Justin Smith, the boyfriend of Dianna Brice, has been named as the primary suspect and alleged gunman in her shooting death after her body was found in Philadelphia last week.