PRINCETON, N.J. - During Ida’s wrath, dramatic body camera video of water rescues from the height of the storm is released by the Princeton Police Department, in the hope motorists will abide by all road barricades and not drive purposely onto roadways covered by water.

The Princeton Police Department said they received nearly 400 calls between 10 p.m. September 1 and 8 a.m. September 2, during the height of Ida’s intense deluge of rain. According to the police department, many of the calls were in regard to motorists trapped in their vehicles, stranded motorists, flooded roadways and residents trapped in their homes.

Princeton police report drivers went around barricades more than once, driving into flooded roads. On one occasion, a driver was successfully rescued from the flood, after becoming trapped on a water-covered road, with the help of Princeton Police First Aid and Rescue, the Princeton Fire Department and the New Jersey State Police Aviation team. 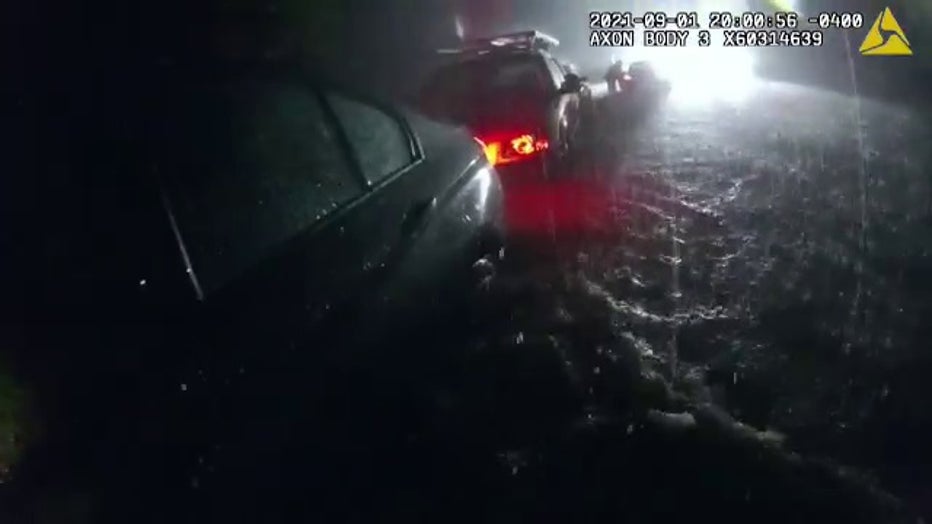 A separate driver went around barricades on Route 206, driving into a flooded roadway and became trapped. That driver was successfully rescued from the top of the vehicle by Trenton Fire Department.

Princeton police officials said the two rescues were not the only rescues performed that night, as they responded to multiple water rescue calls. Princeton police want to remind motorists to avoid driving onto roadways covered in water and to never drive around barricades. The barricades are set to keep the public safe during severe weather.