Police say four men were injured when gunfire erupted from inside a passing car Thursday morning in Mantua. Two of the men, ages 32 and 44, were hit several times but they are expected to survive.

PHILADELPHIA - Police say four people were injured in a drive-by shooting that happened on the same block as a deadly double shooting the night before.

Officers from the Philadelphia Police Department were called to the intersection of 38th and Aspen streets just before 11 a.m. Thursday for reports of gunfire.

All four men were taken to Penn Presbyterian Medical Center and were placed in stable condition, according to police. 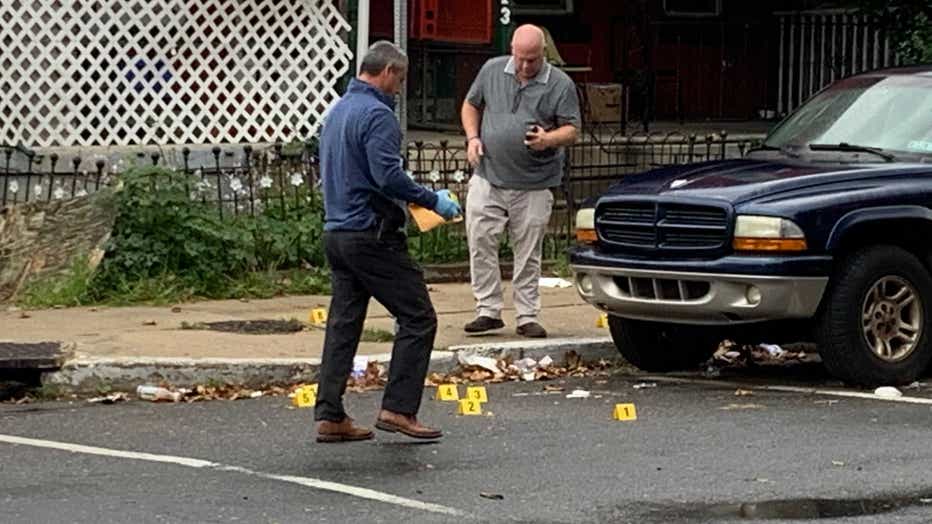 Police say four people were injured in a drive-by shooting in Mantua.

Hours before the quadruple shooting, 16th district officers responded to the 3800 block of Aspen Street around 10 p.m. Wednesday for a deadly double shooting.

According to investigators, a 30-year-old woman was hit multiple times in the body and died at Penn Presbyterian Medical Center. An 18-year-old who was shot four times was admitted to the hospital in critical condition.

No arrests have been reported in either shooting. Police have given no indication that they are connected and have not provided a possible motive.

Shooting that injured 4 in Philadelphia's Mantua neighborhood caught on camera