Police in Bensalem recently found a stash of THC products disguised to look like popular snacks and candies. FOX 29's Jennifer Joyce has more on what police are telling parents ahead of the Halloween season.

PHILADELPHIA - It's a Halloween urban legend as old as Bloody Mary and the Boogeyman, but police say that finding drugs disguised as snacks isn't as half-baked as it may seem.

Officers in Bensalem recently found a stash of THC edibles discreetly packaged to look like popular snacks and candies during a recent traffic stop. At first glance it's hard to tell the difference between the munchies.

Doweedos, Stoner Patch Dummies and Medicate SweetTarts were among the estimated 20 packages of ‘baked goods’ seized by Bensalem police officers.

"Anything that's wrapped, we tell parents that it's fairly safe, but this is wrapped, looks like commercial wrapping, but it's certainly not safe," Director of Public Safety for the Bensalem Police Department Fred Harran said.

With weeks to spare before the Halloween season, FOX 29's Jennifer Joyce caught up with local parents who were shocked at the resemblance. 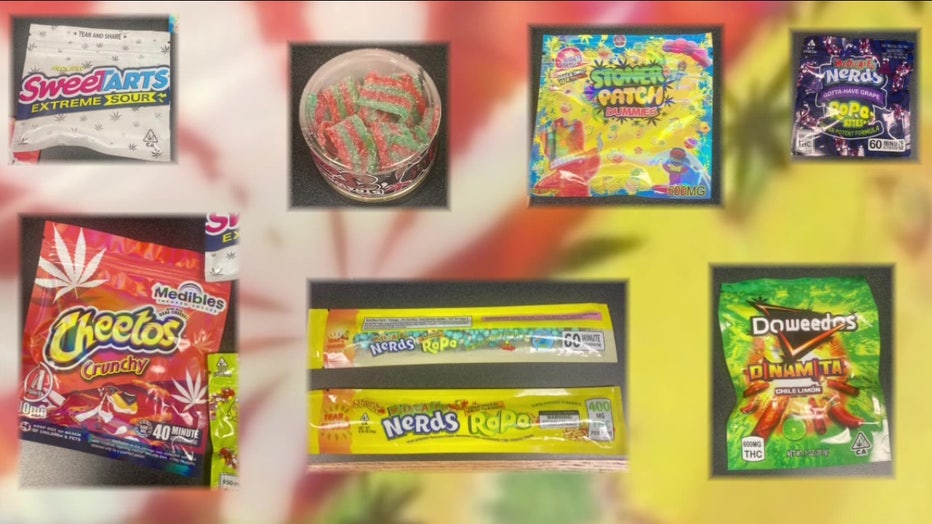 Police in Bensalem recently found a stash of THC products disguised to look like popular snacks and candies.

"They just made it ten times harder, because now you have to thoroughly every single thing," Niq Phelps said.

A second glace is all it takes to realize that the seemingly harmless bag of Cheetos isn't what it appears to be. Many of the bags have pot leaves, THC amounts, and even warnings to keep away from children.

"Take the extra few minutes to look at every bag," Harran said.