Family and loved ones of Thomas Sidero, a 12-year-old boy killed by police in Philadelphia, rallied for answers weeks after the deadly officer-involved shooting.

PHILADELPHIA - Family and loved ones of Thomas Siderio, a 12-year-old boy killed by police in Philadelphia, rallied for answers weeks after the deadly officer involved shooting.

Investigators say four plain-clothed officers assigned to the South Task Force were patrolling a South Philadelphia neighborhood in an unmarked car as part of an ongoing investigation.

Authorities have said the officers saw Siderio and a 17-year-old boy on the corner of 18th and Barbara and recognized one of them as someone wanted for questioning in another investigation.

Police say the officers were approaching the boys and activated their emergency lights when they heard gunfire and a bullet shattered the rear passenger window and came to a stop in the passenger headrest. An officer in the back seat suffered injuries from the shattered glass to his face and eyes. Philadelphia Police Commissioner Danielle Outlaw says the shot is believed to have been fired by Siderio.

The Philadelphia police officer who shot and killed Thomas Siderio, 12, will be suspended for 30 days with the intent to dismiss, Commissioner Outlaw announced. Police say Siderio fired a single shot into an unmarked police vehicle prior to the shooting.

Police say two officers then got out of the vehicle and discharged their firearms once each. One of those officers then took cover as the other officer –identified as Officer #1 - continued to chase Siderio on foot. Officer #1 officer fired two additional shots, striking Siderio once in the upper side of his back.

Siderio was rushed to the hospital by police, but later died.

A week after the deadly shooting, Commissioner Outlaw said the officer who fired the fatal shot would be suspended for 30 days with intent to dismiss. She claimed the officer violated the department’s use of force directive.

Nearly three weeks later, Siderio's family and loved ones gathered to celebrate Thomas's life on what would have been his 13th birthday. 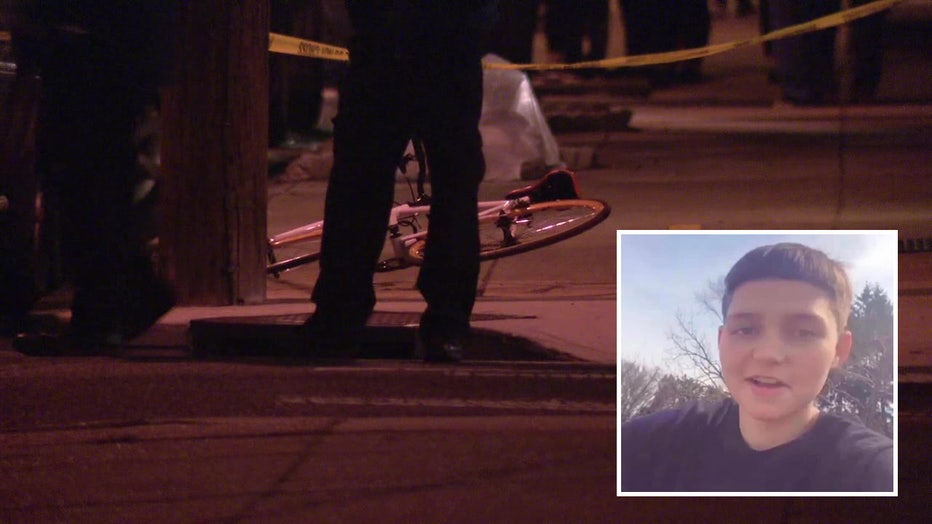 "Tj was a great wonderful kid," said Thomas Lawler III, Siderio's grandfather.  "He would help anybody out. He loved his family and friends. He loved everybody."

They also called on the Philadelphia Police Department for more answers.

"This message goes out to the Philadelphia cop that killed my 12-year-old grandson," Lawler III said.  "I want to know why you shot him in the back at point-blank? You could have tackled him. You didn’t have to shoot him."

Outlaw says investigators are certain that the officer identified as ‘Officer #1’ fired the shot that struck and killed Siderio. She added that all the officers have still not been identified by police due to the detection of threats against those involved.

Thomas's grandmother, Mary Hellen Siderio, said the city needs to come together to keep guns out of the hands of kids and strive for better law enforcement training.

"We’re going to work with teenagers and let our grandson's name carry on to help people," Siderio said.

The family has hired attorneys and plans on filing lawsuits.

FOX 29's Eddie Kadhim reached out to District Attorney Larry Krasner's Office who said no arrests have been made and the investigation is ongoing.