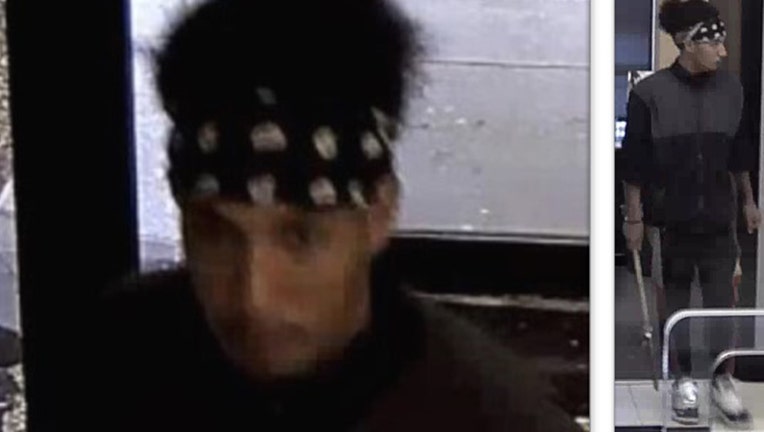 PHILADELPHIA - The FBI and Philadelphia police are attempting to identify and locate a suspect they say burglarized a Wells Fargo Bank in the city's Mayfair neighborhood.

The incident occurred shortly before 6 a.m. Tuesday morning on the 6400 block of Frankford Avenue.

Authorities say the suspect may have used a shovel to break the glass on the outside of the bank and enter the building.

Once inside, he attempted to get into a safe behind the teller counter before damaging several computer screens and file drawers. He eventually fled the bank empty-handed.

The suspect has been described by investigators as a man in his early 20s wearing a black and gray jacket, dark-colored pants, white shoes, and a black and white bandana around his head.

Authorities say the suspect is considered armed and dangerous and anyone with information about this burglary or this subject is urged to call the FBI/PPD Violent Crimes Task Force at 215-418-4000.

'This is no way to live': Trash pickup in Philly is behind; residents fed up with slow service