PHILADELPHIA - Philadelphia police have released new video of a shooting that left a man injured in North Philadelphia earlier this month.

Around 2 p.m. June 6, police responded to a report of gunshots on the 2200 block of Cecil B. Moore Avenue.

When officers arrived on the scene, they found a 23-year-old male victim suffering from two gunshot wounds to the stomach and two to the hand. He was taken to Temple University Hospital where he was listed in stable condition.

Investigators say surveillance video recovered from the area shows the suspect pulling up in a Nissan Maxima, walking up to the victim, and shooting him in broad daylight. 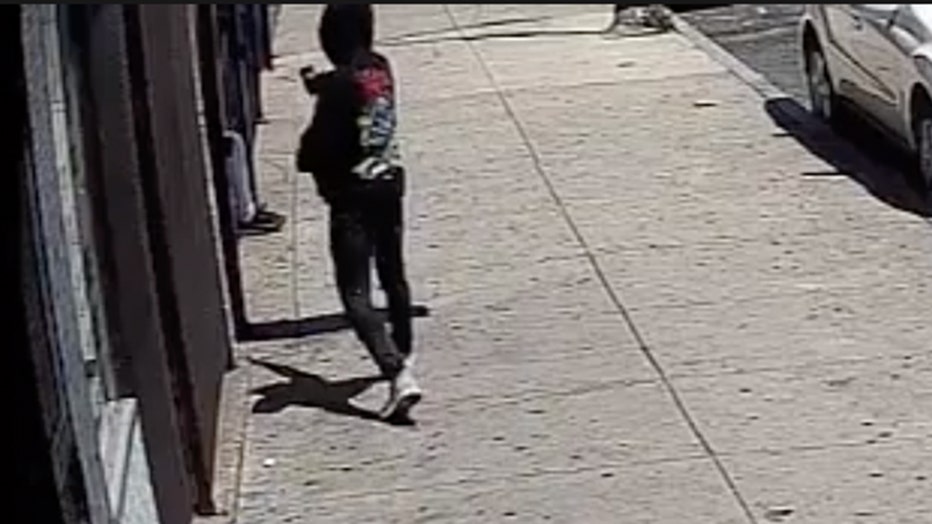 Police say the suspect was wearing a black hooded sweatshirt with writing on the back and black pants at the time of the shooting.

The suspect has been described by police as a Black male with a thin build wearing a black hooded sweatshirt with the words 'Venom' and 'Lethal Protector' on the back. The Nissan Maxima he arrived to the scene in had a sunroof, tinted windows, temporary Pennsylvania tags, and damage to the passenger side door.

Anyone with information about the incident or suspect is asked to contact police.

'This is no way to live': Trash pickup in Philly is behind; residents fed up with slow service