Local chef Jennifer visited the Good Day studio to talk with FOX 29's Mike Jerrick and Karen Hepp about her new tattoo which features our own Steve Keeley!

PHILADELPHIA - In the pantheon of Philadelphia icons, FOX 29's Steve Keeley ranks somewhere between Rocky Balboa and a Wawa hoagie.

His likeness is so admired in the City of Brotherly love that local chef, Jennifer Zavala, had it stylistically tattooed onto her skin.

"You’ve got Gritty, you’ve got the Phanatic and Steve Keeley," Zavala said on Good Day Philadelphia. "Who else is like him!?" 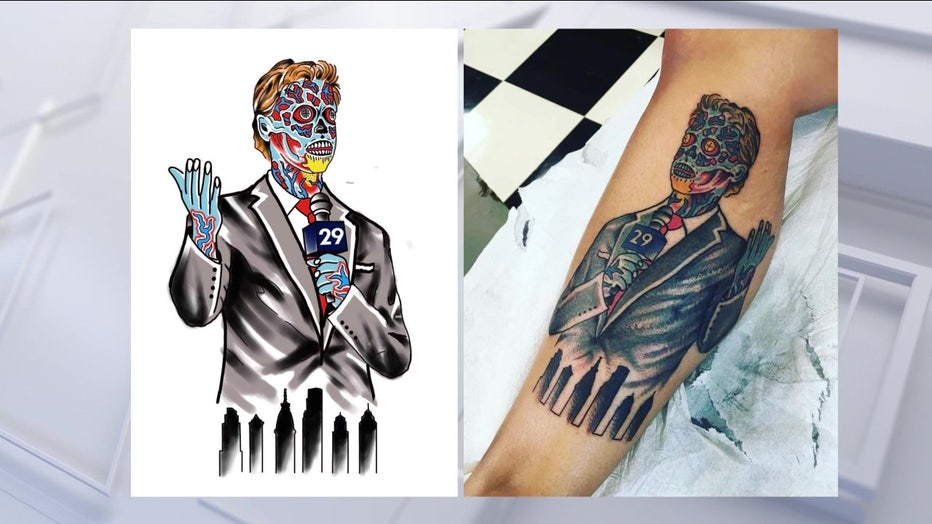 A local chef and loyal FOX 29 viewer got a tattoo of Steve Keeley on her calf.

"I don’t think you realize how cool you are and it’s kind of awesome," Zavala told Keeley. "I know I’m the only one in Philadelphia that has a Steve Keeley tattoo!"

The amazing artwork takes up most of Zavala's inner calf and took four to five hours to complete.

"I feel completely honored and I think it’s really cool and I want that to be my new publicity photo," Keeley said.

Zavala, who has never met Keeley in-person, plans to open her restaurant Juana Tamale in Philadelphia in "Septober" and invited Keeley to the grand opening.