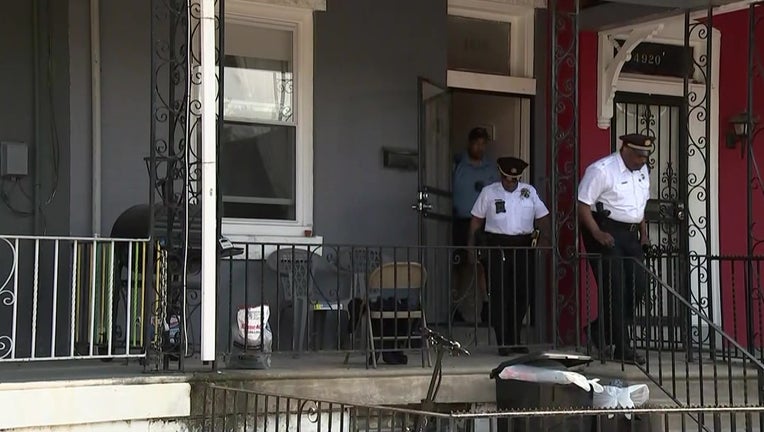 Philadelphia police investigate a fatal shooting inside a building on Aspen Street in Fairmount.

FAIRMOUNT - Philadelphia police are investigating a fatal shooting of a 29-year-old man by four men in Fairmount.

According to officials, police responded to the 4900 block of Aspen Street about 4 p.m., Sunday, on the report of multiple gunshots.

Arriving officers found the 29-year-old victim had been shot multiple times throughout his body inside a residence in Philadelphia’s Fairmount section. The man died at the scene.

Officials say four men were involved in the shooting, though the investigation is ongoing. No arrests have been made and no weapons have been found.