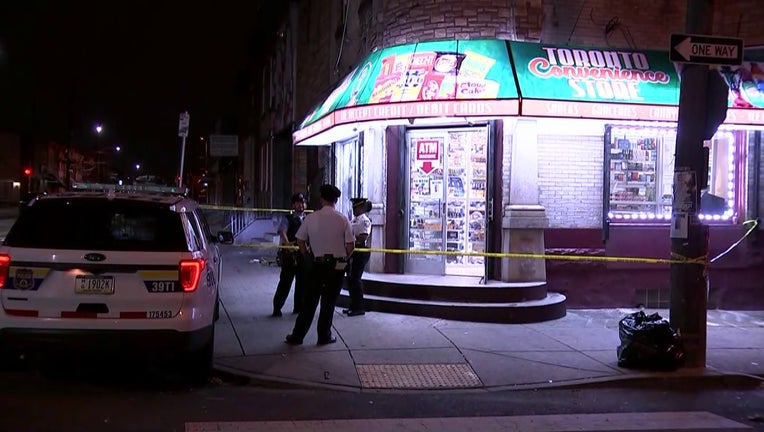 Police investigate after a 51-year-old man was shot in the face inside a store in North Philadelphia.

NORTH PHILADELPHIA - A 51-year-old man is lucky to be alive after sustaining a point-blank gunshot wound to the face, according to Philadelphia police officials.

Authorities said, officers on patrol heard gunshots from inside a store on the 3000 block of 22nd Street Wednesday, just after 8:30 p.m.

The officers arrived to find a man bleeding from the face and another man running from the location. The officers gave chase on foot, catching the man, after about two blocks.

The victim was driven by a private vehicle to Temple University Hospital, Philadelphia Police Chief Inspector Small said, after sustaining a gunshot wound to the chin. He was placed in stable condition.

Police were able to make an arrest, after watching the incident unfold on private surveillance video, which showed the entire episode clearly, Chief Inspector Small said.