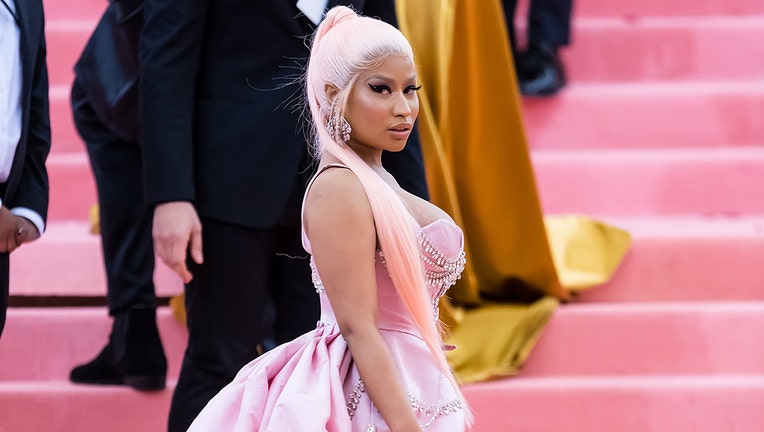 Nicki Minaj is seen arriving to the 2019 Met Gala.

PHILADELPHIA - A man has been convicted of third-degree murder in the stabbing death of a Nicki Minaj crew member outside a Philadelphia bar five years ago.

Khaliyfa Neely, 38, was also convicted Friday of aggravated and simple assault and possession of an instrument of crime in the February 2015 death of De’Von Andre Pickett. He will be sentenced April 24.

Prosecutors said Pickett, 29, was preparing to go on tour as rapper Nicki Minaj’s stage manager when he was stabbed outside a bar in the Germantown section of the city.

An earlier trial on the charges against Neely ended in a hung jury last year. Another man, now-36-year-old Pierce Boykin, was initially charged with the killing. But that charge was dropped and he was instead charged with aggravated assault after prosecutors said more evidence pointed to Neely as the killer.

17-year-old girl stabbed in the neck in Overbrook

Defense attorney Anthony Petrone told the jury the fight started when another man “hurled rude” comments, but he argued that the stabbings were committed by Boykin, not his client.

Assistant District Attorney Adam Geer said the verdict further distances Boykin from the murder charge he once wrongly faced. The Philadelphia Inquirer reported that Boykin pleaded guilty to aggravated assault in 2016 and was sentenced to 23 months in jail.

The victim, Geer said, “was a special presence and a special person to his group of friends.”

“He was always joking and making sure everyone was having a good time,” he said. “We just hope this helps his family begin to heal.”