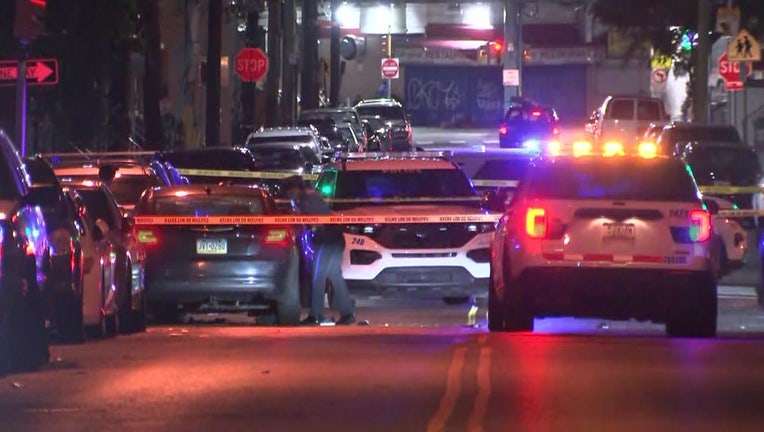 Police say a man who was shot Thursday in Kensington drove a full block before he crashed into several parked cars.

KENSINGTON - Police say a man who was shot multiple times early Thursday morning in Kensington tried to drive away from the shooting when he crashed his vehicle into several parked cars and was later taken to the hospital in critical condition.

Officers from the Philadelphia Police Department were called to the 2000 block of East Clearfield Street around midnight for reports of a car accident. When police arrived they found a man climbing out of the passenger's side of a Chrystler 300 that had crashed into a parked car.

The man was shot multiple times in the torso, hip and arms and was rushed to Temple Hospital in critical condition, according to Philadelphia Police Chief Inspector Scott Small.

Investigators later found at least three spent shell casings at the intersection of Frankford Avenue and Clearfield Streets and a trail of blood. It's believed that the victim got into the Chrystler 300 after he was shot and drove a full block before he crashed into several unoccupied cars.

Small said investigators are hopeful that nearby surveillance cameras captured the shooting so detectives can identify a shooter. No arrests were reported immediately following the shooting.