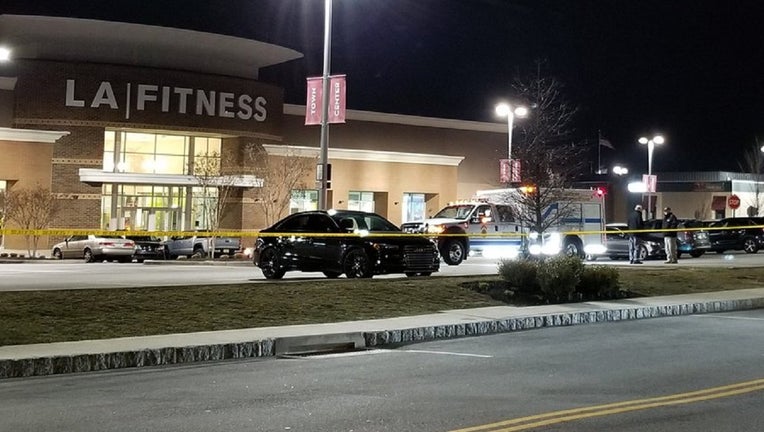 KING OF PRUSSIA, Pa. - A man is dead following a shootout at an LA Fitness parking lot in King of Prussia, according to police.

The incident occurred shortly before 10 p.m. Friday in the King of Prussia Town Center on Village Drive.

Police said an earlier fight on the gym's basketball court led to the fatal shooting.

During the dispute, both males allegedly fired handguns at each other, and one man was struck by gunfire.

Responding officers found the victim on the ground, suffering from a gunshot wound to the upper body. The man was transported to Paoli Hospital, where he was pronounced dead. Authorities have yet to identify the deceased.

Police said the person who fired the fatal round is being interviewed by police.

No further information has been released at this time. This is an ongoing investigation.