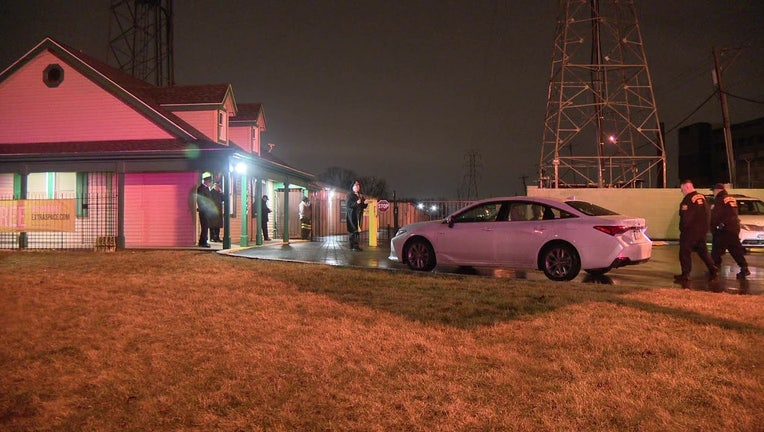 A 43-year-old man was shot and killed at a storage facility in Crescentville.

PHILADELPHIA - Authorities are investigating a deadly shooting that happened Tuesday night near a storage facility in Philadelphia's Crescentville section.

Officers from the Philadelphia Police Department were called to the 6200 block of Oxford Avenue around 6:30 p.m. for reports of a shooting.

Chief Inspector Scott Small said a 43-year-old man was hit once in the upper chest and witnesses rendered aid until police and medics arrived.

The victim was brought to Albert Einstein Medical Center where he died, police said.

According to investigators, the victim rented a storage unit at the facility and came by almost daily. He was near the front office door when police believe he was shot from close range.

Witnesses told police that while they were helping the victim someone in a red coat picked up a cell phone near the victim and walked away. Small said police are trying to find the unknown person.

No arrests were reported immediately following the deadly shooting and no motive was provided by police.