Investigators on Friday were busy with more acts of gun violence in Philadelphia less than 24 hours after the city reached 100 homicides in 2022. Two men were hit by gunfire while driving through an intersection and a teenager was hit in the foot in parking lot near a busy part of Center City.

PHILADELPHIA - Two men were badly hurt when police say their vehicle came under fire while crossing through an intersection Friday afternoon in West Oak Lane.

Officers from the Philadelphia Police Department were called to the 1900 block of Washington Lane just after 2 p.m. for reports of a shooting.

Captain John Walker told reporters that an SUV with two men inside was crossing the intersection when two shooters on the sidewalk peppered the vehicle with gunfire.

The 28-year-old driver was hit in the head and leg and the 21-year-old passenger was struck in the legs, Walker said.

The vehicle continued for several blocks before it slammed into a parked car with a mother and daughter inside, according to investigators. Walker said the bystanders were injured by broken glass.

Both men were taken to Albert Einstein Medical Center and placed in critical condition, Walker said. 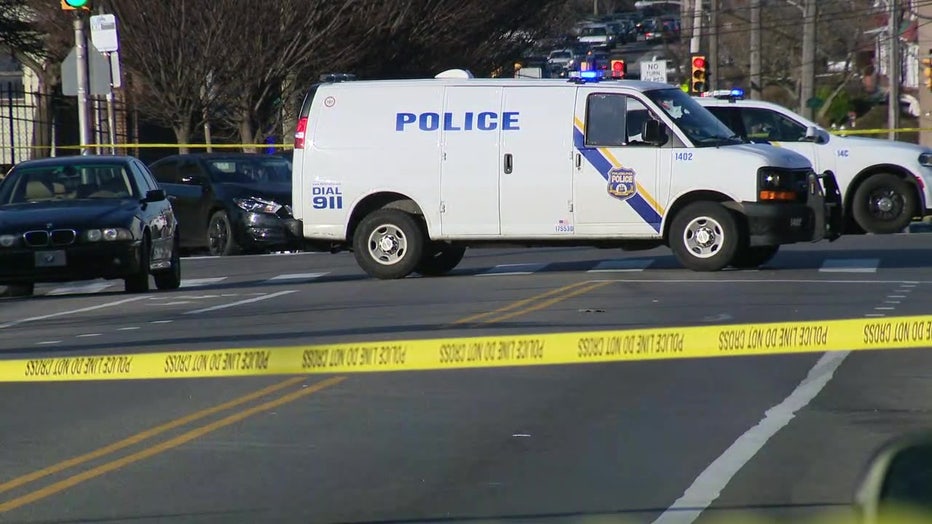 A nearby school was briefly placed on lockdown during the shooting.

Walkers said authorities do not know the motive of the shooting, but it was "no doubt intended for these two individuals."

"Beautiful day in the mid-afternoon where you have the business district, schools, and people just enjoying the day when people are firing guns indiscriminately," Walker said.